London’s Daily Express made little show about being a newspaper that actually printed the news. It’s Canadian-born owner, Max Aitken (who, in 1917, became the first Lord Beaverbrook when he was granted a peerage), said bluntly that he ran the paper “purely for the purpose of making propaganda and with no other motive.” Despite supporting Chamberlain’s appeasement policies, Daily Express emerged from the war as the world’s largest newspaper by circulation.

Daily Express, with its crass moralizing, patriotic stories and jingoistic editorials,  was aimed squarely at the conservative populist working class. He once warned in a headline that a Labour victory would bring about a “Gestapo in Britain,” a tactic that backfired. On April 9, 1959, journalist John Deane Potter warned Daily Express readers about another terrible menace lurking in London’s West End:

I read with dismay the news yesterday that a 31-year-old South African called John Cranko was fined £10 at Marlborough-street police court.

It was not the fine. It was the man and the offence. Because he pleaded guilty to a crime which has become known as the West Side vice.

Cranko is the latest on the list of famous stage names who have been found guilty of this squalid behaviour. He is a talented man of the theatre. He was the co-author of the spectacularly successful review “Cranks.”

The private lives of people, whether they are a brilliant ballet designer and author like Cranko, or an ordinary office worker on the 6.15, should, according to the Wolfenden Report, be their own business. But this question is public business.

It has become a sour commonplace in the West End theatre that unless you are a member of an unpleasant freemasonry your chances of success are often lessened.

For the theatre is far too full of people belonging to a secret brotherhood.

Most of them are not tortured misfits. They do not want psychiatric treatment or cures.

They live complacently in their own remote world, with its shrill enthusiasms.

But they are evil. For two reasons.

One is their PERSONAL POWER.

Corruption is an outmoded word that used to be thundered with hellfire vigour from Victorian pulpits. Now this West End weakness is the subject of sophisticated wit.

Their chi-chi world may seem remote from the normal theatregoer. Except for this.

If your son wants to go on the stage — what will his future be? It is a shivering thought.

So many talented young men have said to me: “It is no good in the theatre unless you are camp. You must be queer to get on.”

Those are just two expressions from the cryptic slang they use to describe the social disease from which they suffer.

The boy, whatever his talents, may become bitter and frustrated.

Or worse. He does not have to travel far along the corridors of the West End back-stage to meet the smooth, unspoken. proposition. He may, through ambition, try to play along with it. And, make no mistake, many of these men take pleasure in corrupting the young.

Some of the stuff they produce is beautiful, witty, and clever. But too often they try to foist upon the public a false set of values.

What is often received with trills of praise by the closed West End set remains puzzling to the formal mind of the average theatregoer who is unaware of the lace-like intricacies of the decor or the obscure oddities of the plot.

And the theatre has an expensive flop on its hands.

No one likes to indulge in a Jehovah-like loftiness about other people’s lives.

But I repeat: these are evil men. They have spun their web through the West End today until it is a simmering scandal.

I say they should be driven from their positions of theatrical power. 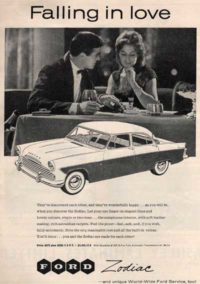 Headlines for April 9, 1959: Eleven coal miners are trapped in two separate mine collapses at Trehafod, near Cardiff. British Board of Trade warns the U.S. over proposed tariffs on British goods. Engineering union leaders campaign for a 4o-hour work week. Chinese Communist troops move to block refugee escape groups from Tibet to Nepal and India. Hope fades for 11-month-old Jeremy, who was separated from his Siamese Twin Timothy at a London hospital seventeen days earlier. 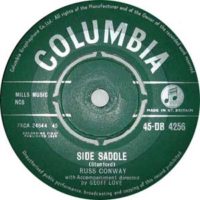 On the radio (UK): “Side Saddle” by Russ Conway, “Smoke Gets In Your Eyes” by the Platters, “It doesn’t Matter Anymore” by Buddy Holly, “As I Love You” by Shirley Bassey, “My Happiness” by Connie Francis, “Petite Fleur” by Chris Barber’s Jazz Band, “Stagger Lee” by Lloyd Price, “A Pub With No Beer” by Slim Dusty, “Gigi” be Billy Eckstine, “Tomboy” by Perry Como. 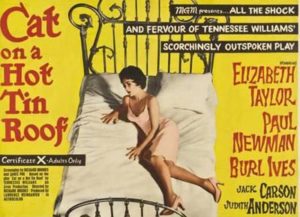