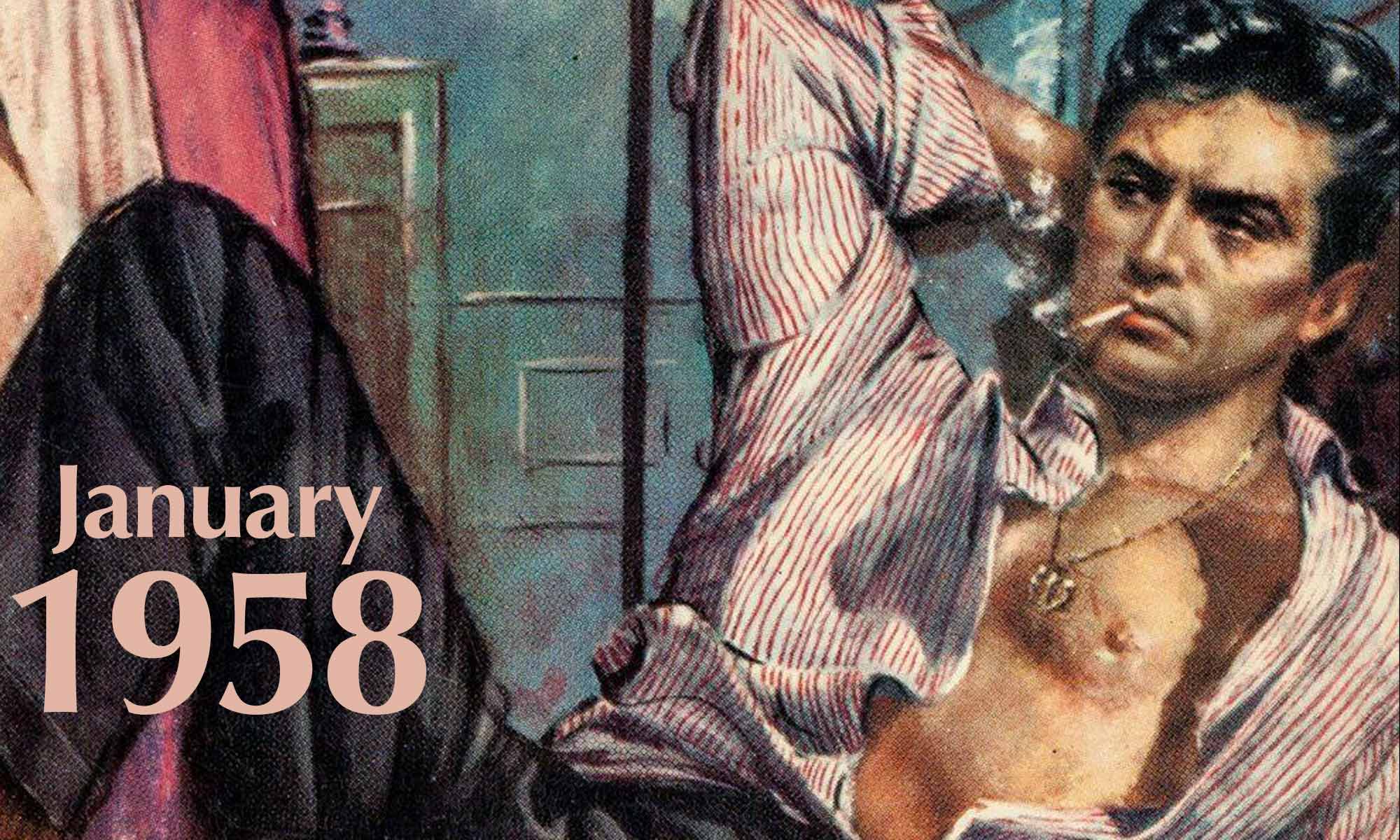 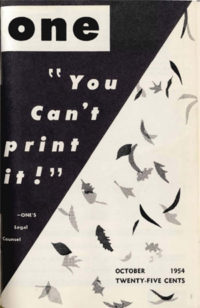 Jan 13: The U.S. Supreme Court issues its first gay rights ruling. It’s barely a ruling, just a terse, one-sentence line issued by the court that hadn’t even bothered with oral arguments. But that is all it takes for the US Supreme Court to affirm the rights of the first major gay magazine, ONE, to be distributed by the U.S. Postal Service without its subject matter, homosexuality, being declared obscene. The decision ends a five year struggle between ONE and the U.S. Post Office after the L.A. Postmaster confiscated copies of the October 1954 issue (ironically, the cover story was “You Can’t Print It!”). The Post Office claimed that it violated 1873 Comstock Act, which prohibits sending “obscene, lewd, and/or lascivious” material through the mail. 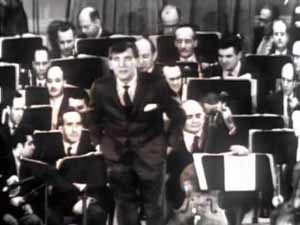 Jan 18: The first of Leonard Bernstein’s Young People’s Concerts with the New York Philharmonic premieres on CBS. The series, broadcast three times a year, will run for more than fourteen years and make Bernstein a household name.

Jan 22: The Federal Reserve Board reduces the Discount rate, the interest rate charged to member banks for overnight loans, from 3% to 2¾%. The Fed also takes other steps to ease its monetary policy to try to ease the recession.

Jan 23: New South Wales announces grants to study homosexuals in prisons. The Minister of Justice of New South Wales in Australia, R.R. Downing announces that the study is prompted by a concern about what is believed to be a rising incidence of homosexuality. The announced study accompanies a larger report detailing how gay prisoners are being handled: “Approximately 70% of prisoners sentenced for homosexual offences are imprisoned at Cooma, a medium security gaol. … The remainder go to Maitland. They are a class of prisoners serving sentences for homosexual offenses or other crimes but with prior convictions for homosexuals. But all are recidivists deemed to be intractable and bad risks unsuitable to be at medium security prisons such as Cooma.” Downing also defends the practice of segregating homosexuals from other prisoners: “We feel that otherwise there is always a danger to other prisoners.”

Jan 23: Venezuela’s repressive dictator, Gen. Marcos Pérez Jiménez, is overthrown in a civilian-military coup. Hundreds are killed in the fighting. A joint civilian-military junta will govern Venezuela until fresh elections can be held at the end of the year.

Jan 30: Doctors claim they can cure “sex criminals” using female hormones. Drs. William M. Laidlaw, Donald J. Moore and Carl G. Heller of the University of Oregon Medical School told the annual meeting of the Western Section of the American Federation for Clinical Research that “homosexuals and sex fiends can be tamed down” after six to nine weeks of daily treatment with the female sex hormone progesterone or synthetic versions of it. According to the doctors, “every convict in the group was infertile, impotent and lost all sexual desire.” The doctors also suggest that many “sexual deviants” can be released if they continued the treatment. Doctors claim the convicts “were happy about the results,” but that happiness was likely tied to their prospects for parole. 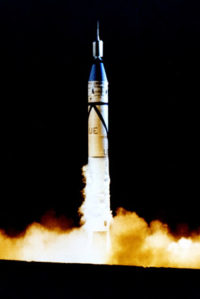 Jan 31: American celebrate as the U.S. finally enters the space age. The first successful American satellite, Explorer, is launched into orbit atop a modified Jupiter-C rocket. The launch occurs almost four months after the Soviets launched Sputnik I and three months after Sputnik II. The American launch takes place following a failed attempt to launch a satellite in December.