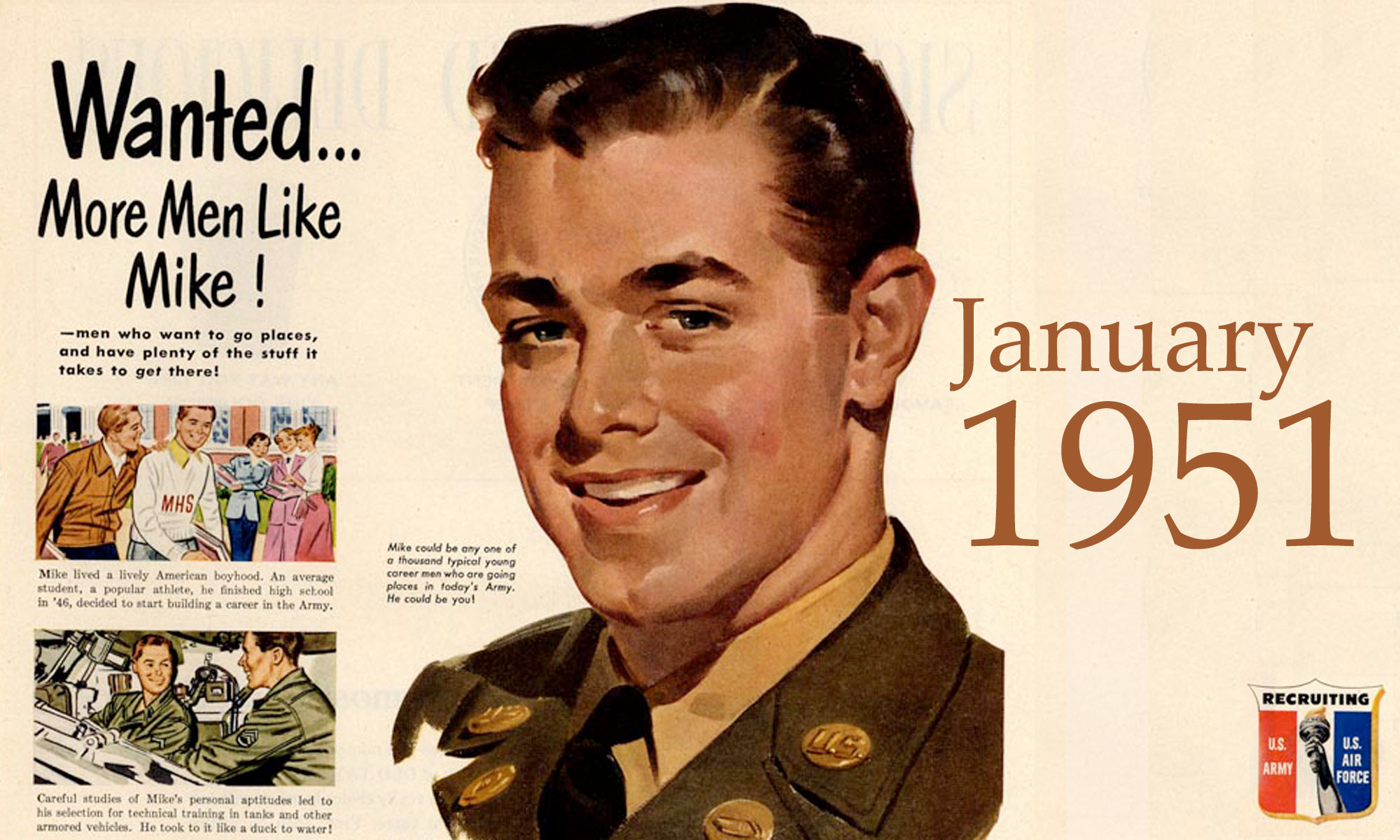 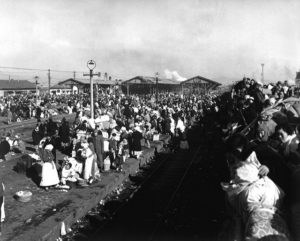 Jan 4: Chinese and North Korean forces capture Seoul for the second time. The allied armies evacuate, destroying Kimpo airport and the port of Inchon behind them.

Jan 10: As combined Chinese and North Korean troops continue to push U.N forces further south, the U.S. Eighth Army in Korea imposes full censorship on news from the front. It bans the use of the word “retreat” and threatens news correspondents with court-martial if they circumvent the orders.

Jan 10: American author and Nobel Prize winner Sinclair Lewis dies of complications from alcoholism at the age of 65.

Jan 11: The Atomic Energy Commission announces that it has established a 5,000-square-mile test site in Nevada. Nuclear testing will take place on the Air Force Bombing and Gunnery Range near Las Vegas.

Jan 16: A sharp jump in inflation due to the Korean conflict leads the U.S. government to begin imposing controls on construction material to ensure adequate materials for the war effort. The Federal Reserve Board orders a margin increase for stock trades from 50% to 75% as a curb on inflation. 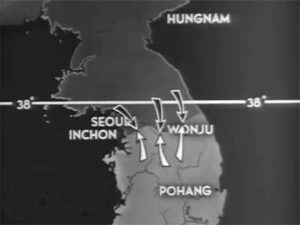 Jan 24: American folk singer and songwriter Michael Cohen is born (d. Nov 29, 1987). He will be, arguably, the first openly-gay musician to release an album on a major label. In 1973, his debut album on Folkways will say it all: What Did You Expect: Songs about the Experiences of Being Gay. His second album, Some of Us Had to Live, will be released in 1976.

Jan 24: U.N. forces counterattack and retake Wonju. Chinese and North Korean forces are pushed five miles to the north in the largest allied push since the fall of Seoul.

Jan 26: In response to growing inflation and material shortages due to the Korean War, the Office of Economic Stabilization orders an across-the-board wage and price freeze. Only special orders by the Defense Production Board will exempt products or services from the blanket freeze. Over the next two years, the OES will authorize specific and targeted adjustments to prices and wages in a drive to keep inflation under control.

Jan 27: Nuclear testing begins at the Nevada Test Site with the detonation of a 1-kiloton bomb. This is the first nuclear explosion to take place in the U.S. since the 1945 Trinity test in New Mexico. The early-morning blast is seen, heard, and felt in Las Vegas, fifty miles away. “It really lit up the sky like a big sunburst,” says one resident. The Civil Defense Administration, which had not been notified in advance, says that the radiation should have dissipated before reaching Las Vegas. He added, “If they are not spent in all that distance, then God help us all.”

Jan 28: A second pre-dawn nuclear test takes place at the Nevada Test Site. This time, the flash and thunderous noise from the 8-kiloton bomb is observed up to 200 miles away — halfway across Arizona, southwestern Utah, and southeastern California.