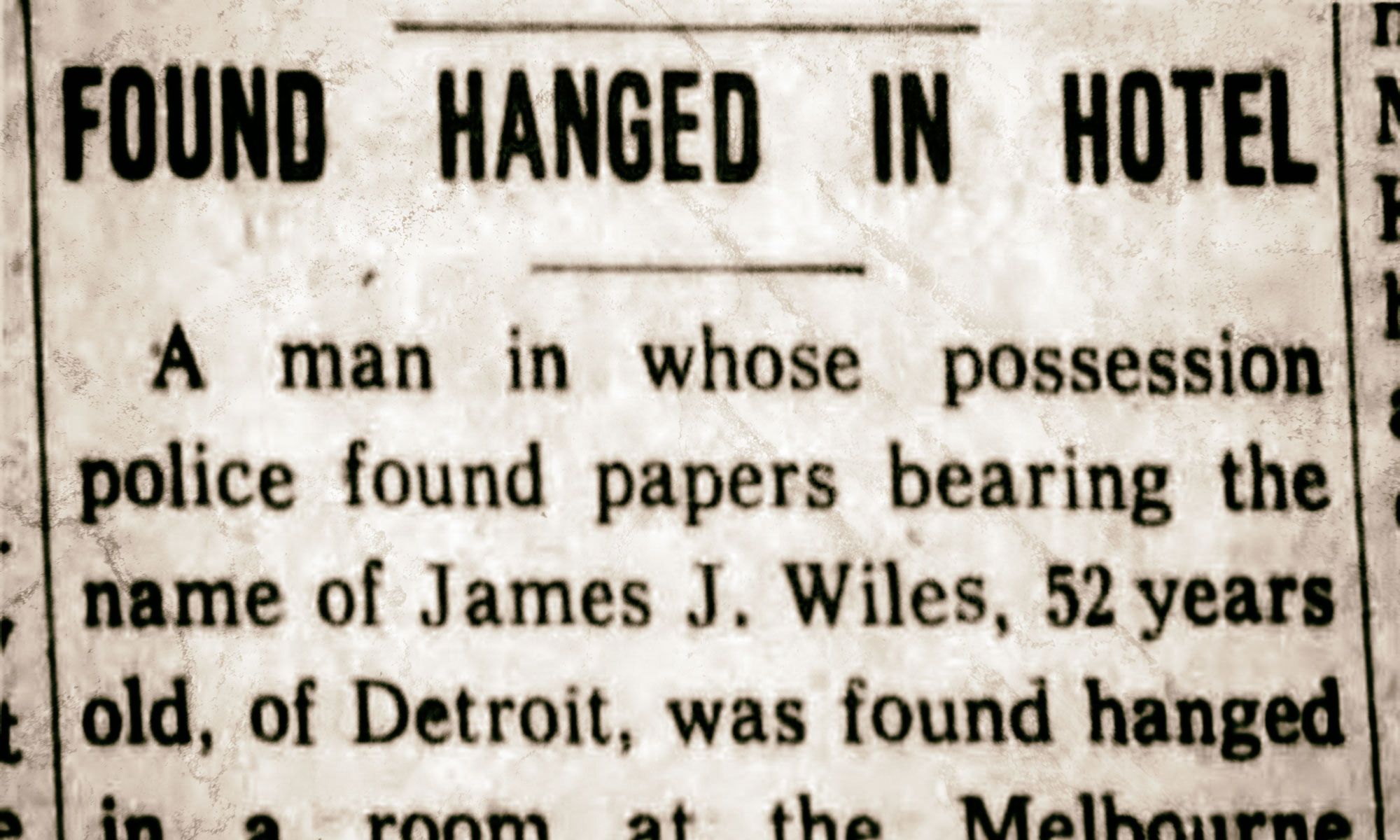 James Preston Wiles, a 52-year-old personnel manager at IBM, left his wife behind in Detroit and went to St. Louis. He got a room in the posh but tired Melbourne Hotel. The Joplin, Missouri, native checked in under the name of Carl Gray on Thursday, March 10, 1960.

Hotel clerks saw him coming in and out on Friday and Saturday. Nobody saw him on Sunday, March 13. Late that night, several telephone calls to his room went unanswered. The desk clerk sent a maintenance man to room 1009 to check up on him. At 11:30 p.m., the maintenance man found Wiles’s body. Wiles had hanged himself in the closet. He left behind a suicide note.

Ann Arbor police had publicly announced that the drive was taking place in in December, 1959. All told, as many as 34 people were arrested following a seven-week police investigation involving “local bars, taverns, and non-University buildings,” according to the University of Michigan’s student newspaper, the Michigan Daily. Despite the investigation’s supposedly city-wide scope, all of the arrests took place on campus.

About half of those arrested were students. The rest included a school teacher, an associate professor, a local radio disk jockey, and several townspeople, including Wiles. He and his wife had just moved from Ann Arbor to Detroit in 1959 when he took his new job at IBM.

The operation included ample examples of entrapment, with police making first contact. Reports also suggested that the most common crime committed was just agreeing to go somewhere for sex. These would be the same kinds of agreements that thousands of straight students were haggling over in bars all across the college town on any given Saturday night.

But under Michigan law, if two men held that conversation, it was called “attempting to procure an act of gross indecency.” Whether attempted or accomplished, the penalty was the same: up to five years in prison and a fine of up to $2,500 (about $21,200 today). Repeated offenses could incur life imprisonment.

Michigan law didn’t say exactly what “gross indecency” meant. Laws against rape and “lewd and lascivious cohabitation” were clearly defined, but “gross indecency” wasn’t. Defense attorneys argued that the law was unconstitutionally vague. But Judge James R. Breakey, Jr., ruled that the law had been on the books for 57 years and everyone knew what it meant. “Delicacy forbids the law to describe the crime of gross indecency,” he said.

Whatever it was, those who pleaded guilty to it got off relatively easy. Most got ten day jail terms, five years’ probation, and about $275 in fines and court costs (about $2,350 today). But when one group of defendants asked for a jury trial, Judge Breakey threatened them with six months in the state prison in Jackson if they were found guilty. He said a trial by jury would be a waste of his “valuable time.” They changed their pleas to guilty. He still sentenced them to thirty days in jail instead of the more typical ten.

But Wiles insisted on having his trial, and on March 7, ten men and two women on a Washtenaw County jury convicted him of “attempting to procure an act of gross indecency.” His attorney promised an appeal to the state Supreme Court, but it wasn’t looking good. Breakey scheduled his sentencing for March 15.

What Wiles would have gotten was anybody’s guess. Three days after Wiles’s conviction, his wife reported him missing. She didn’t know about his arrest and conviction, and was frantic about his disappearance. That same day, “Carl Gray” checked into the Melbourne Hotel. He killed himself three days later, two days before he scheduled sentencing. Wiles’s wife tried to press her late husband’s appeal to clear his good name, but that went nowhere. Only defendants can appeal their convictions, and dead men have no standing in court. 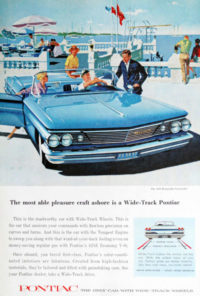 Headlines for March 13, 1960: British Prime Minister Harold Macmillan is in Paris for talks with De Gaulle on the eve of Khrushchev visit. The U.S. Senate deletes school integration from a limited civil rights bill, which faces further dilution due to Southerners objections. West German Chancellor Adenauer is in Washington to discuss West Berlin’s status with President Eisenhower. U.S. Air Force launches Pioneer V, a satellite that will orbit the sun between Earth and Venus. Tallahassee police use tear gas to break up a peaceful civil rights march through downtown. 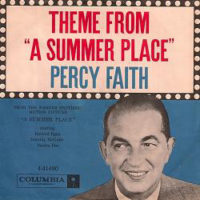