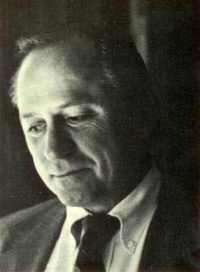 Dr. Charles Socarides, clinical assistant professor at Albert Einstein College of Medicine, had spent much of the decade positioning himself as a top “expert” on homosexuality. Just six months earlier, he appeared as just such an expert on the CBS Reports documentary, “The Homosexuals.” On September 24, 1967, the National Institutes of Mental Health invited him to speak on his favorite subject. Socarides did not disappoint.  He began, as he always did, by saying homosexuality was a “condition of certainly epidemiological (sic) proportions.” He always said epidemiological — incorrectly — with twice as many syllables as epidemic, which he really means to say.

But Socarides didn’t come here to discuss semantics or etymology. He had a more pressing concern: “There is no place — hardly any place, I would say, in the United States — where a homosexual can go and say: I am a homosexual. I need help.” He called for a “national center for sexual rehabilitation” which would pool resource for research and treatment of gay people.

Socarides argued that homosexuality’s roots trace to the “pre-oedipal” stage (according to psychoanalytic theories of development), which is generally before the age of three. This was much earlier than other accepted theories of learned sexual development which were in vogue at that time. Socarides placed the burden of a homosexual’s development on his mother. “The homosexual’s mother is domineering and tyrannical,” he said. “The best way to describe her is as a crushing mother that will not allow the child to achieve his own autonomy.” He later added, “I don’t want to blame Mother for everything, but it comes down to this.”

Socarides argued that this theory could  explain “fetishism, transvestitism, sexual masochism, and exhibition.” He grandiosely called this one-size-fits-all theory his “Unified Theory of Sexual Perversion.”

The NIMH, he said, was “ideally constituted” to establish such an institution. “Such a national center will be started by one of the Western governments,” he predicted. “And I hope it is here. … A comprehensive program is needed to diminish, reverse, and prevent this tragic human condition that involves such large numbers of the population.”

Socarides’s suggestion was never adopted. Instead, just four days later, the NIMH created a task force to investigate and recommend a research program on human sexuality. It was specifically charged with focusing on homosexuality. The twelve-member panel included professionals in psychiatry, psychology, law, sociology, anthropology and theology. UCLA’s Dr. Evelyn Hooker, whose groundbreaking research on homosexuality found that gay people weren’t inherently mentally disturbed, was appointed the panel’s chairperson. In 1969, that panel released its report, which urged the decriminalization of homosexuality nationwide.

Socarides would become a bitter critic of the American Psychiatric Association’s 1973 decision to remove homosexuality from its list of mental disorders. In 1992, he co-founded of the National Association for Research and Therapy of Homosexuality (NARTH), and served as its first president. 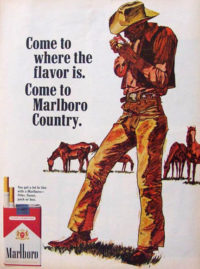 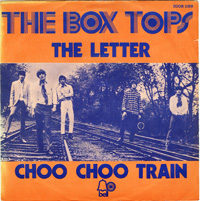 On the Radio: “The Letter” by the Box Tops, “Ode to Billie Joe” by Bobbie Gentry, “Come Back When You Grow Up” by Bobby Vee and the Strangers, “Reflections” by Diana Ross and the Supremes, “Never My Love” by the Association, “Apples, Peaches, Pumpkin Pie” by Jay and the Techniques, “(Your Love Keeps Lifting Me) Higher and Higher” by Jackie Wilson, “You’re My Everything” by the Temptations, “I Dig Rock and Roll Music” by Peter Paul and Mary, “Funky Broadway, by Wilson Pickett, “Brown Eyed Girl” by Van Morrison.