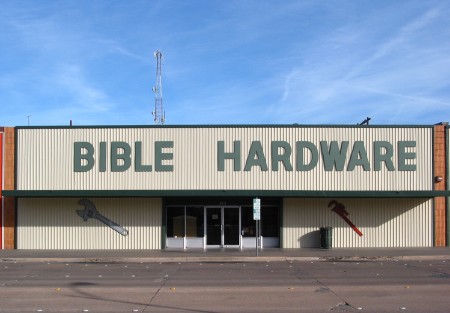 Greetings from Abilene, Texas, home to three (!) conservative religious universities: Abilene Christian University (Church of Christ), Hardin-Simmons University (Baptist), and McMurry University (Methodist). We’re here to visit Chris’s parents. Whenever I take the exit off of I-20, I sing to myself

“So, Chris tells me you were in Korea.” Chris and I are with Chris’s parents, enjoying coffee at McDonalds on a Monday morning. Our car is packed, and we’re about to take off. But, first things first: coffee. Chris’s parents always go to McDonald’s every morning for coffee while the staff dotes on them between customers.

“Yes,” says Ray, somewhat reluctantly, although I don’t notice his reluctance. He doesn’t hear too well, and I just assume he’s having trouble hearing me. So like the clueless dolt that I am, I press on.

You’d think that with the single-word answers, I’d take the hint. But like I said: clueless.

“So where in Korea did they send you?”

“Pusan,” he says. “Inchon. None of the bigger cities or anything.” He pauses a bit and mumbles. “Chosin Reservoir.”

Now it’s my turn to wonder if my hearing is right. “Wait. Did you say Chosin?”

My jaw dropped. I couldn’t believe it. If you’ve never heard of the battle at Chosin Reservoir, I’ll let Wikipedia explain:

The battle took place about a month after the People’s Republic of China entered the conflict and sent the People’s Volunteer Army (PVA) 9th Army to infiltrate the northeastern part of North Korea. On 27 November 1950, the Chinese force surprised the US X Corps commanded by Major General Edward Almond at the Chosin Reservoir area. A brutal 17-day battle in freezing weather soon followed. Between 27 November and 13 December, 30,000 United Nations Command troops (later nicknamed “The Chosin Few”) under the field command of Major General Oliver P. Smith were encircled and attacked by about 120,000 Chinese troops under the command of Song Shilun, who had been ordered by Mao Zedong to destroy the UN forces. The UN forces were nevertheless able to break out of the encirclement and to make a fighting withdrawal to the port of Hungnam… The retreat of the US Eighth Army from northwest Korea in the aftermath of the Battle of the Ch’ongch’on River and the evacuation of the X Corps from the port of Hungnam in northeast Korea marked the complete withdrawal of UN troops from North Korea.

Wikipedia doesn’t begin to capture the horror of that battle. And its authorship-by-committee tends to underplay the full magnitude of the disaster. As Wikipedia points out, the survivors were called “the Chosin Few.” That pretty much says it.

“Oh my God! That means you had to fight your way out all the way back to Hungnam?”

“Yeah. That was the only way out,” he says, stating the obvious. Again, Wikipedia:

The US X Corps and the ROK I Corps reported a total of 10,495 battle casualties: 4,385 US Marines, 3,163 US Army personnel, 2,812 South Koreans attached to American formations and 78 British Royal Marines. The 1st Marine Division also reported 7,338 non-battle casualties due to the cold weather, adding up to a total of 17,833 casualties. …The disregard by Far Eastern Command under MacArthur of the initial warnings and diplomatic hints by the PVA almost led the entire United Nations army to disaster at Ch’ongch’on River and Chosin Reservoir.

Ray squirms and leans forward, breaking eye contact. “I don’t like to talk about it.” That’s his signal to change the subject. I don’t blame him. To make sure the subject changes, he launches into a new topic, one that he’s talked about several times before.

Ray served as part of a security detail for a ship — I didn’t catch the ship’s name — that carried a hydrogen bomb from California to Enewetak Atoll in the Pacific. “I actually touched the bomb. Placed my hand on it,” he says as he holds out his arm, palm down. “As soon as the bomb went off, we did this,” and he threw his hands up to cover his face. That was, more or less, the extent of their safety precautions, a point echoed by my uncle who, coincidently, also happened to be at Ewenetak with the Air Force.

“They didn’t know what they were doing. That bomb ended up being three times more powerful than they thought it would be.” Ray has had several cancers, which the VA has finally recognized as being connected with Ewenetak. 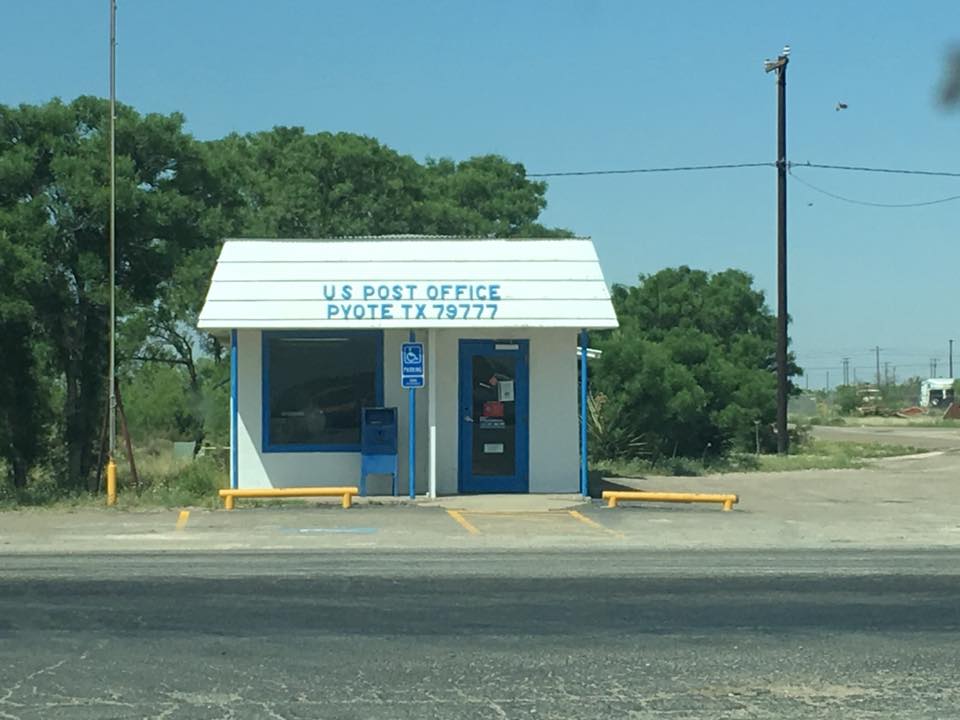 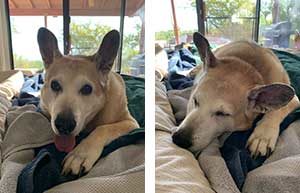 Buster died last Saturday. He was 14 ½ years old, and his health had been declining pretty noticeably over the past few months. He was almost completely deaf, had a weak liver, declining kidneys, a heart murmur and congestive heart failure, which caused him to cough a lot, and he farted when he coughed. But what really got him was the arthritis and weakening back legs. He gave up his daily walks in early June — he just refused to go beyond the front gate. As time when on,  he fell more often. His back legs would just give out and down he’d go and we’d have to pick him back up — he couldn’t do it himself. But his appetite remained strong and his mood was always cheerful.

But Friday night, he struggled to get up to go outside to do his business. He fell  into his poop. I picked him back up, but he fell again. He could neither stand nor walk. So I got a hot washrag, cleaned him up, and carried all 72 lbs of the most lovable dog in the world to bed for the night.

Sometimes after a good night sleep, he’d be better the next morning. Not this time. When we got up, we found that he still couldn’t walk or even stand. Not even for his breakfast or to do his business outside. So it was time. We brought him back to the bed and cuddled with him for the last time until the vet could see him later that morning. And we cuddled him some more at the vet’s office as he drifted off to sleep.

So yeah, we’re sad. It’s always surprising how much grief comes with the death of a pet. But let’s not dwell on that, because it’ll pass and there will be another equally wonderful dog to come along and rescue us.  Meanwhile, we’ve noticed that because Buster has been much too frail to leave in the care of a kennel, we haven’t been able to take any trips since last Thanksgiving. 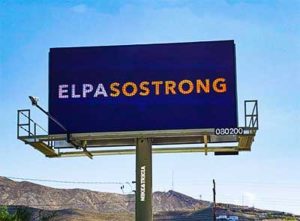 So yesterday we packed the car and left our home in Tucson for a massive road trip with only the vaguest idea of an itinerary.  We made it through El Paso (ELPASOSTRONG!), stopped overnight at Van Horn, and now we’re headed to Abilene to visit Chris’s parents.

From there, we’re headed east across the Deep South, looking for America. We’ll be looking for it in Selma and Montgomery, Demopolis and Tuscaloosa, Meridian and Birmingham. We’re looking in those battlegrounds, because in these dark times, we all need to learn from the examples set by those foot soldiers.