Catalina Drive epitomized the post-war American dream. Low-slung ranches on quiet streets, with large yards, green grass and thirsty palm trees — this was the stuff that transformed the desert between Phoenix and Scottsdale into a suburban paradise.

Who knows what actually went on behind those closed doors on Catalina Drive. A lot, probably. Divorce rates were edging up. Beer bottles in the trash cans and raised voices heard from back yards hinted at other troubles in paradise. So did the rumors about affairs, the bread man or the milk man who lingered at that house a little too long.

That house. Every neighborhood seemed to have one. For Catalina Drive, it was 4042. That house, on the outside, looked more or less like every other house on Catalina Drive. But inside, well, let me tell you…

The woman who lives there is really young. Only 21 and already she’s divorced and with two young boys. She inherited more than $20,000, enough to buy it just a little while ago. She’s already in trouble for bringing marijuana in from Mexico at Nogales. Now she’s got parties going on there every single weekend. Wild parties, with thirty, forty people maybe. And here’s the thing: almost all of them are men. Weird men, some of them with makeup and curly eyelashes. The kind you don’t want anywhere near your children.

So the neighbors on Catalina Drive did something about it. They called the police. And just to be sure, they also called the mayor. Mayor Jack Williams asked Police Lt. Charles Hodges to keep a good watch on this “influx of homosexuals.” Vice-squadders kept an eye on that house for the next two week. Four more parties took place during those two weeks in that house.

Finally, it’s Saturday night, February 8, and another party is underway.  It’s time to act. Police raided the place and found 31 people there: 27men and only four women. According to the Arizona Republic, “there were Negroes, Spanish-Americans, and whites at the party, which was raided at 5 a.m.”

But as Lt. Hodges admitted later, there is no law against homosexuality itself. And they didn’t find that anyone at the party that had committed any “overt act which are illegal (sic).” So all he could do was arrest eleven of them on misdemeanor charges, for being drunk or for drinking under the age of 21. Police also found marijuana in the home. That was the homeowner’s. Her problems just kept piling up.

The raid was a hot topic at the City Council meeting on February 24. The council members wanted to “declare war on Phoenix sexual deviates,” reported the Republic. Eight Catalina Drive residents were there. One of them said that police might have to arrest him for “shooting somebody up” if one of those people came near his children. He asked council to find “ways and means to deal with all people like those.”

But city attorney William C. Eliot said you can’t just arrest people suspected of being homosexual because it’s like arresting someone with tendencies to commit burglaries. You can only arrest people if they actually commit a crime. Mayor Williams grumbled that the law doesn’t even allow for running suspects out of town.

Mayor Williams, a former radio announcer, later served as Arizona Governor from 1967 to 1975. He had entered politics as a member of the city school board, where he helped to integrate the city’s schools. He joined the City Council in 1954 when fellow councilman Barry Goldwater nominated him to fill an empty seat. 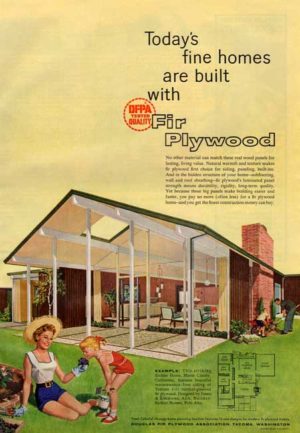 Headlines: The Defense Department says sending a satellite to the moon may be possible this year. A severe winter storm on the East Coast brings heavy snow, high winds and freeze warnings as far south as central Florida. An Air Force Atlas rocket blows up in a test firing. Police in five stages search for the kidnappers of a Flagstaff man who was forced at knifepoint to drive to Gallup, where he was tied up and left at the side of the road. Two days earlier, a Holbrook man was kidnapped and released in Benson; his kidnappers were captured in El Paso, Texas. 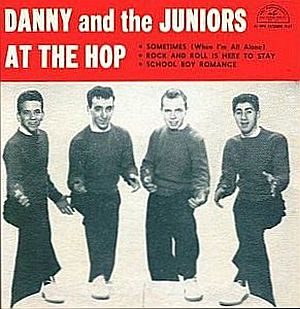 On the radio: “At the Hop” by Danny and the Juniors, “Get a Job” by the Silhouettes, “Short Cuts” by the Royal Teens, “Don’t” by Elvis Presley, “Sail Along Silvery Moon” by Billy Vaughn and his Orchestra, “The Stroll” by the Diamonds, “Sugartime” by the McGuire Sisters, “I Beg of You” by Elvis Presley, “Great Balls if Fire” by Jerry Lee Lewis, “Peggy Sue” by Buddy Holly.