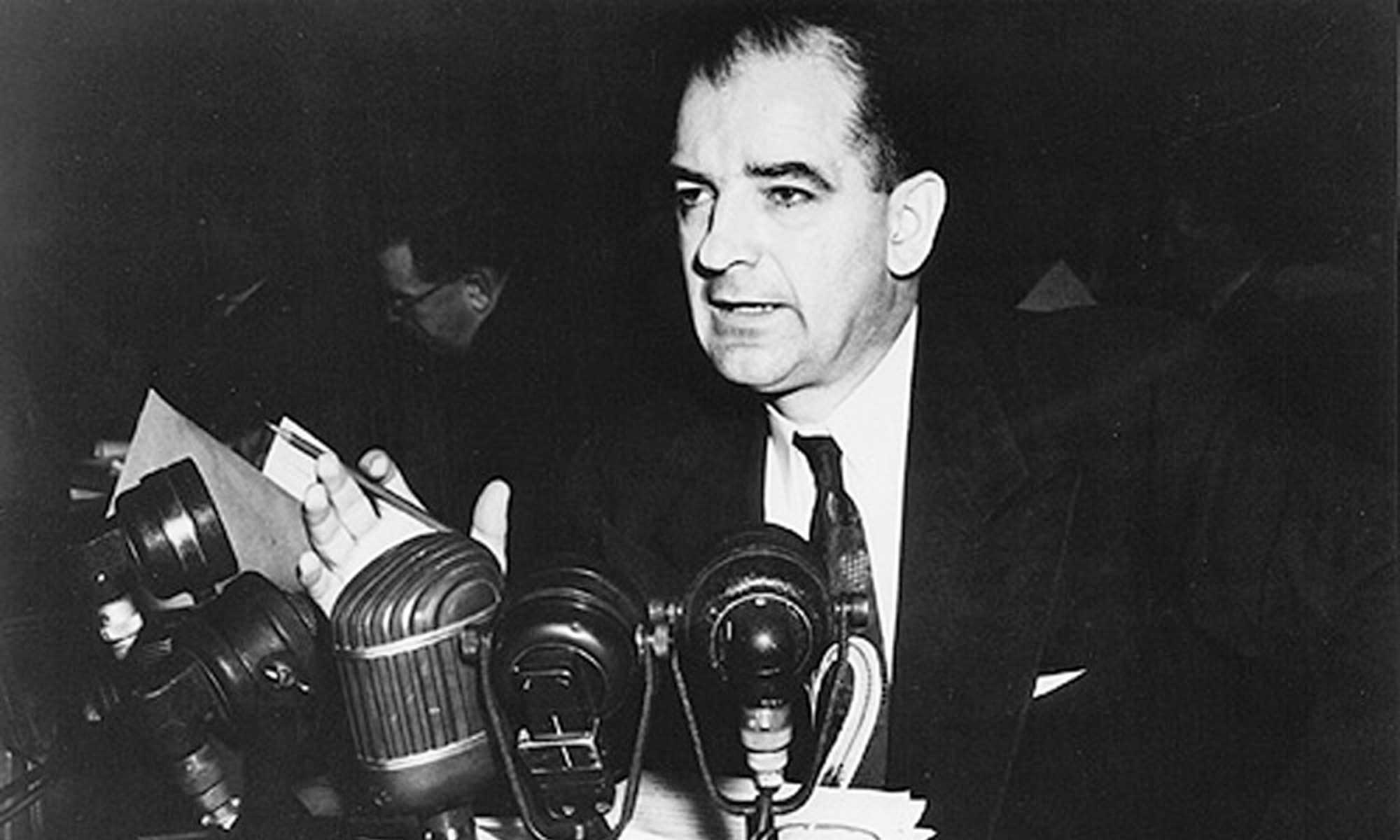 Two months had passed since Sen. Joseph McCarthy (R-WI) began saying that he had a long list of names of Communists, Commie-sympathizers, and homosexuals in the U.S. State Departments. The numbers kept changing every time he spoke: from 205 to 57, to 220, then 81. He kept promising to hand the names over to investigators. But when the time came, McCarthy dribbled them out, a few at a time, always in public, and in ways that ensured maximum publicity — for him.

His venue now was a Senate Foreign Relations Subcommittee, tasked with investigating McCarthy’s charges. McCarthy had been its star witness for the better part of a week when, on March 14, he publicly announced four more names. He accused Gustavo Durán, a former State Department employee now at the U.N., of being a “rabid Communist.” He accused Dr. Harlow Shapely, a Harvard astronomer, of having “a long and interesting record” of membership in Communist-front organizations. He said that Frederick Schuman, an international relations professor at Williams College in Massachusetts, sponsored several “Communist front organizations in America.” And he called Far East expert John Stewart Service a “bad security risk” whose “Communist affiliations are well known.” Durán, Shapely, and Schuman were relatively unaffected by McCarthy’s charges. None of them were State Department employees. But the State Department fired Service. He spent the next eight years trying, and ultimately succeeding, in getting his job back.

McCarthy also gave a few details about a fifth person. “Because of the sordid details of this case,” he began, “I will not make public the name of this man.” (He did provide it privately.) McCarthy prefaced this set of remarks by reminding the subcommittee of State Department Undersecretary John Peurifoy’s remarks of February 28. That’s when Peurifoy told a Senate Appropriations Committee that the State Department had already dismissed 91 homosexuals since 1947. They were dismissed as “security risks” because, the thinking went, they were vulnerable to blackmail. One of them was fired, and the rest were allowed to resign. This bothered several Senators, including McCarthy, who thought they all should have been fired.

McCarthy began this latest revelation by agreeing “with the official position of the State Department; namely, that homosexuals are poor security risks.” He then went on to describe this particular “risk”:

This individual was employed in the Foreign Service and the State Department until 1948 when he resigned for reasons unknown to me. I had received information from several sources that this man was a notorious homosexual. A check of the records of the Metropolitan Police Department indicated that these reports were true. I now hand the Chair, for your executive consideration, a copy of a police report, together with a police photograph and the official biography of this individual as it appeared in the State Department Register of April, 1948.

…You will note from the police records that this man was arrested on September 8, 1943. The charge was sexual perversion and the police report states that he was known to hang out at the men’s room, at Lafayette Park in Washington.

He was charged with disorderly conduct in connection with his perverted activities. I do not have the record of the disposition of this case available, but I am informed that he was required to post collateral of $25 on this charge and forfeited collateral.

As I previously said, this man resigned from the State Department in 1948 and shortly thereafter became employed in one of the most sensitive agencies of our Government where he now holds an important and high-paying position.

On questioning, McCarthy revealed that this man was now at the CIA. McCarthy continued:

In view of this man’s criminal record, which I have just presented to the committee, and other information concerning his lack of moral fitness, I am at a loss to understand why he was allowed to resign from the State Department.

I might say, in connection with that, it seems unusual to me, in that we have so many normal people, so many competent Americans, that we must employ so many very, very unusual men in Washington. It certainly gives the country an odd idea of the type of individuals who are running things down here.

McCarthy said he thought the State Department had allowed these homosexuals to resign “so they could take over some other Government jobs.”
(In fact, Peurifoy had testified that even though those employees had resigned, the reasons they were asked to resign were still entered into their records and forwarded to the Civil Service Commission.) McCarthy continued:

As I said earlier in this statement, I do not know why the individual who is the subject of my present case was allowed to resign; but I think it is the responsibility of this committee to find out the full facts concerning his resignation.

I also believe that the committee should immediately determine how this individual was able to stay in the Department for almost 5 years after he was arrested on a morals charge in Washington, D.C.

I also think the committee should find out how he, after leaving the State Department, was able to get a top-salaried, important position in another sensitive Government agency. It should be of considerable interest to this committee to find out who sponsored this individual or who intervened in his behalf in both the State Department and his present place of employment.

McCarthy gave this testimony on Tuesday morning., early enough to make the afternoon papers. Left for the following morning’s coverage would be that afternoon’s hearings before the same subcommittee, when former Judge Dorothy Kenyon answered charges that she was a Communist fellow traveler.

The week before, Kenyon had been the first person McCarthy accused by name. According to McCarthy, Kenyon, a popular women’s and civil rights activist, was a member of twenty-eight Communist front organizations. Kenyon branded McCarthy an “an unmitigated liar” and “a coward to take shelter in the cloak of Congressional immunity.”

She demanded a hearing, and her appointment was set for the afternoon of March 14, right after McCarthy’s testimony. Kenyon’s rebuttal was as meticulous as it was devastating. The audience applauded when she was done, and Sen. Bourke Hickenlooper (R-IA) apologetically said there wasn’t the slightest evidence she was eve disloyal. McCarthy himself, though, missed her performance. He decided he was needed elsewhere and was nowhere in sight. And in the days that followed, he completely lost interest in her. 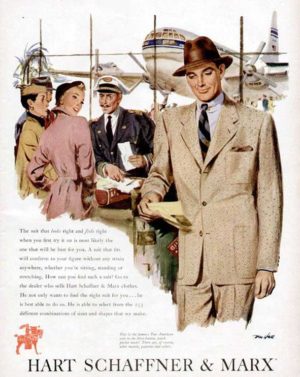 In the record stores: “Chattanoogie Shoe Shine Boy” by Red Foley, “Music! Music! Music! (Put Another Nickel In)” by Teresa Brewer and the Dixieland All-Stars, There’s No Tomorrow, by Tony Martin, “The Cry of the Wild Goose” by Frankie Lane, “Rag Mop” by the Ames Brothers, “I Said My Pajamas” by Tony Martin and Fran Warren, “It Isn’t Fair” by Don Cornell and the Sammy Kaye Orchestra, “Quicksilver” by Bing Crosby and the Andrew Sisters, “If I Knew You Were Coming I’d’ve Baked a Cake” by Eileen Barton. “Rag Mop” by Ralph Flanagan and his Orchestra.