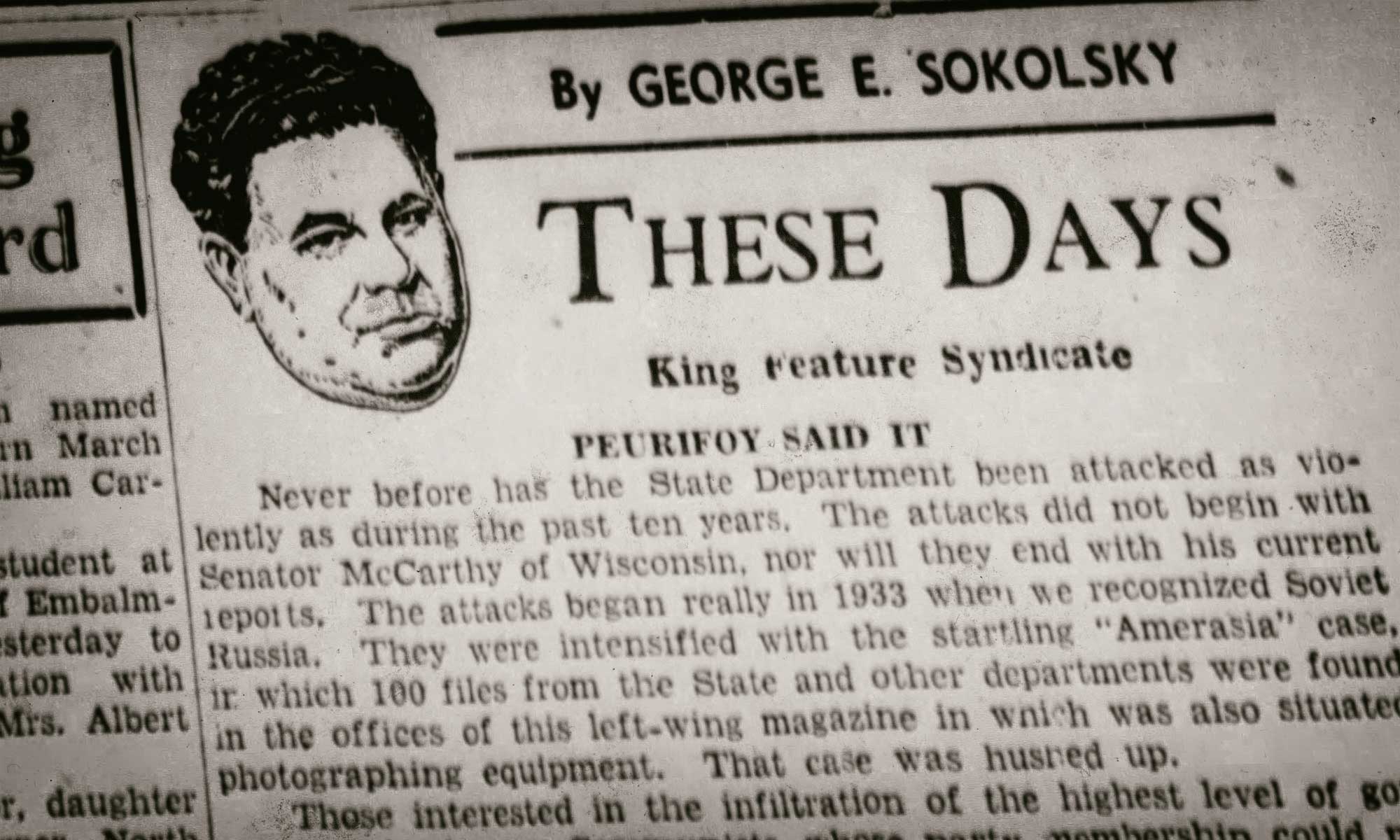 The State Department’s undersecretary for administration, John E. Peurifoy, revealed to a Senate committee on February 28, 1950, that the department had dismissed ninety-one homosexuals since 1947. Nine days later, that testimony was reinforced by news coverage of Sen. Joseph McCarthy’s testimony before a special Senate subcommittee looking into charges of loyalty and security risks in the U.S. State Department. McCarthy had stood in the well of the Senate for five and a half hours on February 20 reading out 81 cases that he alleged were Communists, communist sympathizers, and other risks. Two of those “other risks” included homosexuals. One of those homosexuals, Case 14, figured prominently in McCarthy’s testimony before the Senate subcommittee. Case 14 also figured prominently in that day’s news coverage and in the days following.

By the third week of March, the Lavender Scare was getting at least as much attention in the press as the Red Scare. The first major public figure outside of government to turn it into a full-blown crusade was George E. Sokolsky. His column, “These Days,” distriibuted by Hearst’s King Features Syndicate, appeared in an estimated 300 papers nationwide.

Sokolsky took his right-wing politics personally. The son of a Russian émigré rabbi, Sokolsky had started out with high hopes for the Russian Revolution of 1917. He went to Petrograd to witness the revolution first hand. But when the Bolsheviks overthrew the provisional government, Sokolsky’s politics took a sudden lurch to the right. A Columbia University classmate later said, “Suddenly the flaming radical, Sokolsky, became the flaming reactionary.”

Sokolsky was a McCarthy supporter from the very beginning. In 1954, Time described Sokolsky as McCarthy’s mentor and advisor. He even introduced McCarthy to Roy Cohn  and David Schine, two key players in McCarthy’s Red Scare who would eventually cause its downfall.

Never before has the state department been attacked so violently as during the past ten years. The attacks did not begin with Senator McCarthy of Wisconsin, nor will they end with his current reports. The attacks began really in 1933 when we recognized Soviet Russia. They were intensified with the startling “Amerasia” case, in which 100 files from the state and other departments were found in the offices of this left-wing magazine in which there was also situated photographing equipment. That case was hushed up.

Those interested in the infiltration of the highest levels of government by known Communists, whose party membership could not be proved without their consent, continued to dig into the record. While much was discovered, little could be established, for what these men were engaged in was a conspiracy, internationally directed.

Their trail might be uncovered, but it could not be established by the rules of evidence applicable in a court of law. Only when they fumbled, or when one of the broke from the crowd, and stated fact under oath, was it possible to publish the already known facts. The principals in this business, such as George Mink, J. Peters, Gerhart Eisler and others whom even now I cannot name with provable evidence, were clever, trained men.

The most damaging contribution to the subject has thus far been made by John Peurifoy, deputy under-secretary of state in charge of administration. His statement should have shocked this nation. When Maximillian Harden, the German journalist, called attention to a similar camarilla in the Kaiser’s court, involving Prince Eulenburg, it shocked and astonished the world. Yet, in this generation, in the United States, a charge that 91 employees of the state department were dismissed for being homosexuals passes with little excitement.

Perhaps the reason is that the word, homosexual, is considered bad. It is not the word that is bad; it is the consequences of the deed that lay the individual open to blackmail. He is ashamed; he is frightened; he has become accustomed to secrecy, conspiracy, lying. He is always subject to blackmail.

Of course, Mr Peurifoy withheld the names of these persons and therefore it is not known what positions they held. For instance, if a homosexual held such a position as under-secretary of state, or assistant secretary or as sensitive bureau chief, the menace to the United States would be that if the espionage services of a foreign power or of a world-wide conspiracy got at him, he would have three alternatives: 1. To resign yet to risk exposure; 2. To submit to blackmail and become a spy for a foreign power; or 3. To commit suicide. 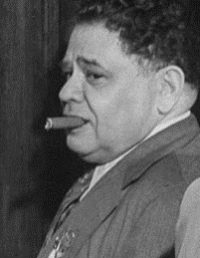 I am dealing with this problem not from a moral but from a practical standpoint. There are some persons who excuse the homosexual on the ground that he was born that way. Others became involved in Freudian jargon and explain this phenomenon as due to a variety of causes. From our standpoint, it is merely a question as to whether a person whose conduct lays him open to blackmail is a good security risk.

Now, in all the arguments on the subject, those who defend the State Department and attack Senator McCarthy miss two points:

1. Our foreign policy has been wrong since 1943 (Teheran) because it was controlled by a foreign power, Soviet Russia. Dean Acheson’s speeches in San Francisco must be read as a condemnation of these policies; otherwise they have no meaning.

What part did these homosexuals, subject to blackmail, play in the formation of those erroneous policies?

2. Whereas some of the rest of us may be as black at heart as Al Capone, those in the State Department must be as pure in mind and purpose as driven snow. For that Department gatherers the data, formulates the policies, lays down the techniques, short of war, for the defense of our country in times of peace and war.

A liar advantageously stationed; a blackmailed creature in a sensitive spot; a frightened soul, caught in the web of conspiracy, can produce such a result as the conquest of China by Soviet Russia by consent. There is the menace. 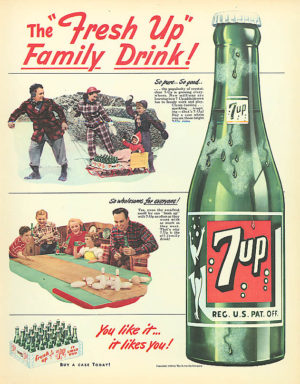