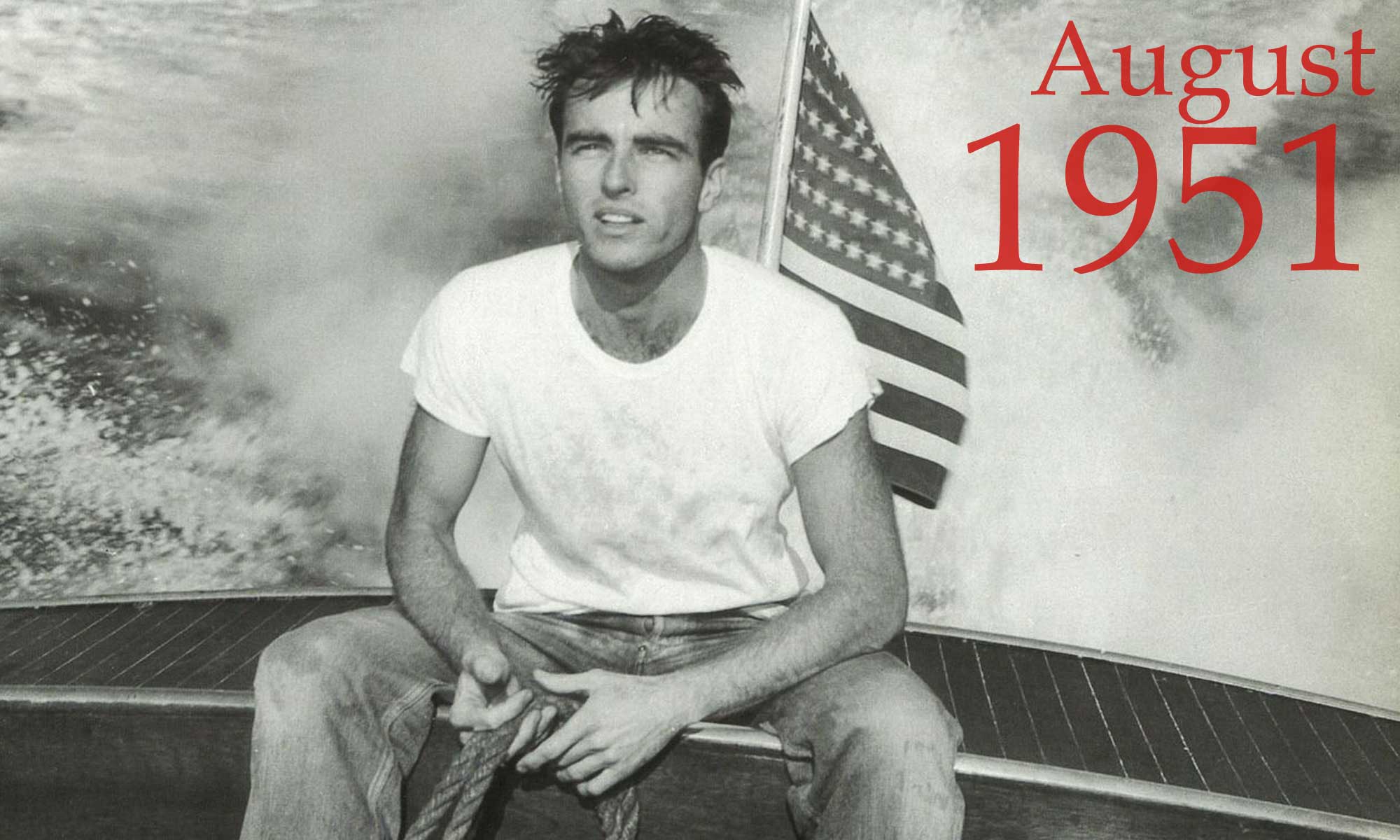 Aug 1: President Harry Truman orders the cancellation of all tariff deals with the People’s Republic of China, North Korea, Eastern Germany and ten other countries that have fallen under Communist control since World War II. Import tariffs for goods from these countries will rise to 1930-era Smoot-Hawley Tariff Act levels.

Aug 2: Illinois expands its psychopathic offender law. Under the state’s 1938 law, anyone found suffering from any undefined “mental disorder” who had “criminal propensities to the commission of sex crimes” was considered a sexual psychopath, subject to indefinite incarceration in a state hospital. Gov Adlai Stevenson signs an amendment that extends the law to authorize the examination of any convicted prisoner “at suitable intervals” to see if the prisoner “has become a criminal sexual psychopath.” The law also provides that any prisoner convicted of certain crimes, including sodomy, is to be examined upon release from prison to see if that person is a “criminal sexual psychopath” and subject to further indefinite incarceration. 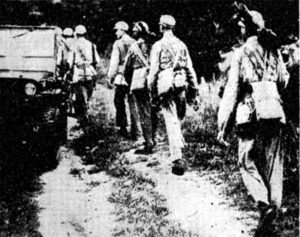 Aug 5: Gen. Matthew Ridgway, Commander of U.N. forces in Korea, calls off truce talks with the Chinese and North Koreans when armed Communist soldiers appear alongside the U.N. convoy in the Kaesong demilitarized zone where the talks have been taking place.

Aug 6: A British delegation arrives in Teheran and resumes negotiations with Iranian authorities on a resolution to the crisis brought on by Iran’s nationalization of British-owned Anglo-Iranian Oil Company’s operations in Iran.

Aug 7: The Chinese admit that armed soldiers appeared in the Kaesong demilitarized zone in violation of the agreed terms for talks in the Communist held city. Chinese broadcasts however downplay the violation as a “mistake” by a lower-level commander. Gen. Ridgway responds that the violations were “neither minor nor trivial.” He adds that he is willing to resume talks, but only on the condition that top Korean and Chinese leadership take personal responsibility for the violation and  guarantee that there won’t be any future violations. Ridgway warns that any further violations will be taken as “a deliberate move” to end the talks.

Aug 8: American journalist and author Randy Shilts is born in Davenport, IA (d.  Feb 17, 1994). His books include And the Band Played On, the seminal 1987 account of the AIDS crisis; The Mayor of Castro Street: The Life and Times of Harvey Milk (1982) and Conduct Unbecoming: Gays and Lesbians in the U.S. Military (1993).

Aug 10: Truce talks resume in Kaesong after Chinese and North Korean leadership give additional assurances that the neutrality of Kaesong will be respected.

Aug 12: J.D. Salinger’s Catcher In the Rye is published. 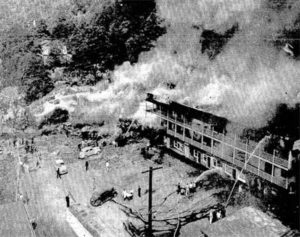 Aug 13: A B-50 bomber crashes into an apartment building shortly after taking off from Boeing Field in Seattle. Eleven are killed — six crew members and five on the ground —  as the building bursts into flames.

Aug 14: The film A Place in the Sun is released. It stars Elizabeth Taylor, Montgomery Clift and Shelley Winters.

Aug 17: Federal authorities arrest six more people accused under the Smith Act of being Communist Party leaders. The arrests take place in New York, Pennsylvania and Michigan. These arrests come about ten weeks after the U.S. Supreme Court gave its approval to the first wave of prosecutions in  1949. That decision effectively green-lighted a second wave of prosecutions that will see the indictment of sixty-eight second-tier Communists in 1951.

Aug 18: Iran appears poised to reject Britain’s latest proposals to resolve the crisis brought on by Iran’s nationalization of British-owned Anglo-Iranian Oil Company’s operations in Iran. Britain had agreed to transfer the properties to Iranian ownership and set up a joint venture with Iran to handle international sales, transportation and technical operations with the profits split 50-50. In addition, Iran would also earn 100% of the crude oil price. Iran is wary of Britain retaining management of technical and engineering personnel at Iranian facilities, and insists that the personnel must be employees of National Iranian Oil Company under individual contracts. British technicians and engineers have already made clear that they will not work as NIOC employees. Iran has held off on formally rejecting Britain’s offer after meeting with American special envoy W. Averell Harriman, who reportedly threatened to withdraw from negotiations if Iran proceeds with its rejection. 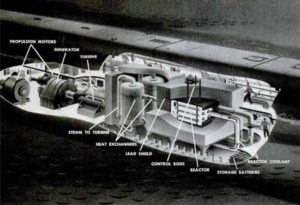 Aug 21: The U.S. Navy announces that it has placed an order with Electric Boat for the construction of the world’s first nuclear-powered submarine. The U.S.S. Nautilus will be launched in 1954.

Aug 21: When it becomes clear that Iran is unwilling to accept Britain’s most recent proposals to settle Britain’s dispute with Iran’s nationalizing of the Anglo-Iranian Oil Company, Richard R. Stokes, leader of the British mission to Iran, withdraws his proposals. The breakdown occurs during a meeting in Tehran between Stokes, special American envoy W. Averell Harriman, and Prime Minister Mohammed Mossadegh. The talks will be formally suspended the following day when Iran makes no counterproposal and Stokes concludes that further progress is possible. Stokes says that when the Iranian government is ready “to suggest a solution in a suitable form,” the British government will resume negotiations. About 2,000 British engineers, technicians and other workers have already left Iran since July 1. Only about 780 British employees remain in Abadan.

Aug 23: Chinese and North Korean leaders call off truce talks “from now on,” accusing American aircraft of bombing and strafing the Kaesong Neutral Zone.  Gen. Ridgway says no allied aircraft were flying in the area when the alleged bombing took place. He rejects the accusations as a “frame-up” and says the alleged violation was staged to provide an excuse for ending the talks.

Aug 23: Britain withdraws all but about 350 core British employees from Abadan. Prime Minister Clement Attlee says that the employees are being asked to stay “to show that the British oil company is not deserting Persia.” It is hoped that Iran will realize that it does not possess the technical expertise to keep the world’s largest refinery operating or to explore for oil in the fields. The Iranians also lack the capacity  and global contacts for marketing, transportation and finance operations necessary to sell and export its oil. 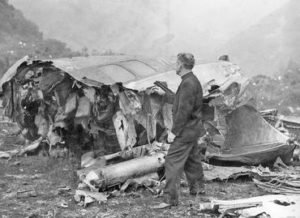 Aug 24: United Airlines flight 615 from Chicago to Oakland crashes into a hillside while on approach to Oakland airport, killing all fifty on board. The DC-6 crashes into Tolman Peak about 20 miles from the airport when the plane’s Automatic Direction Finder throws the aircraft off course.

Aug 28: The California Supreme Court gives gay bars a brief reprieve. In early 1951, Sol Stoumen, the owner of San Francisco’s venerable Black Cat Cafe, had been charged with “keeping a disorderly house” by the State Board of Equalization, which was then responsible for regulating the sale of alcohol. The board suspended the Black Cat’s liquor license indefinitely. Stouman sued, and on August 28, 1951, the California Supreme Court rules in Stoumen v. Reilly that “something more must be shown thay many of his patrons were homosexuals” before the bar can be closed down. The case is one of the earliest legal affirmations of gay rights, although it will be a limited and short-lived one. The loophole that the Supreme Court created will be closed three years later when a newly reconstituted Department of Alcoholic Beverage Control is authorized to shut down any “resort [for] sexual perverts.”

Aug 28: Federal authorities arrest seven more suspected Communist Party leaders in Hawaii. They are charged under the Smith Act with teaching and advocating the overthrow of the U.S. government. Attorney General J. Howard McGrath says he considers these arrests “extremely important because of the strategic importance of the Hawaiian Islands in our fight against Communism in the Pacific. 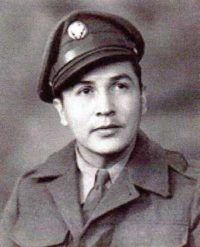 Aug 29: President Truman intervenes to ensure that Sgt. John R. Rice, a member of the Winnebago tribe who was killed in action in Korea, is buried with full military honors at Arlington National Cemetery. Truman acts after learning that the Sioux City, Iowa, Memorial Park Cemetery prevented Rice’s burial because the cemetery is open only to “members of the Caucasian race.” Truman sends an angry telegram to Mayor Dan Conley saying that “national appreciation of patriotic service should not be limited to race, color or creed.”