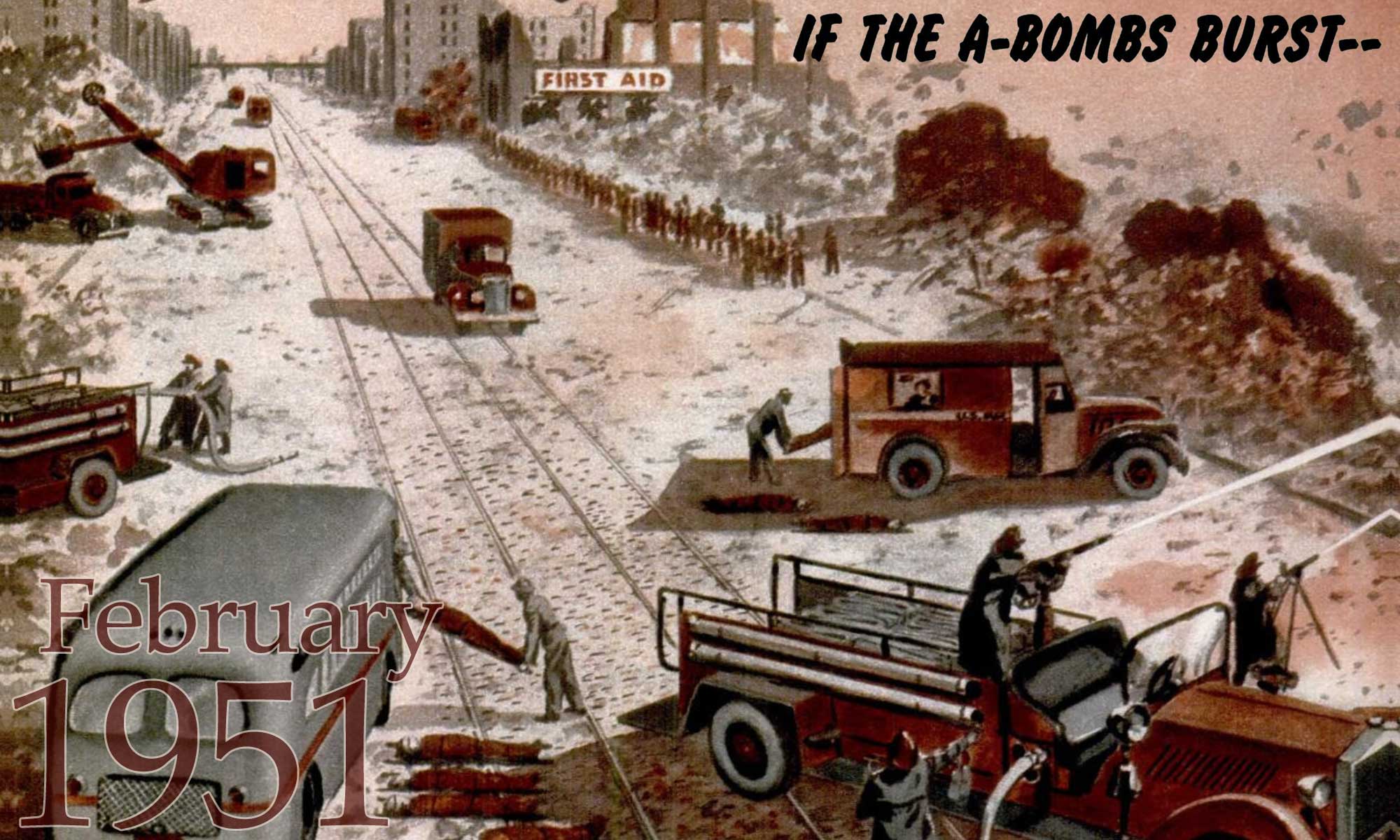 Feb 1: A third nuclear test takes place at dawn at the Nevada Test Site. The 1-kiloton blast lights up Las Vegas, rattling doors and windows about 75 miles away from ground zero. The flash is seen as far aways as Los Angeles, some 250 miles away. 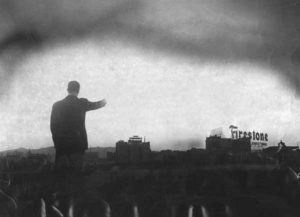 Feb 2: A fourth nuclear test, this time an 8-kiloton detonation, is conducted at the Nevada Test Site at 5:48 a.m. Buildings in Las Vegas tremble, and a furniture store’s plate glass window shatters in the concussion. The light from this blast is seen as far away as Phoenix, San Francisco and Salt Lake City, a distance of about 400 miles from ground zero. A news photographer snaps photos from atop the Los Angeles Herald-Express building when the blast occurs. 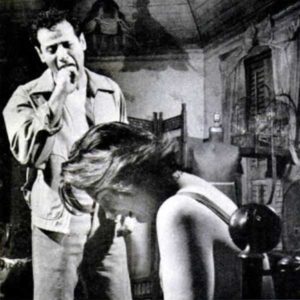 Feb 5: Wyoming enacts a sexual psychopath law. Wyoming’s law provides for the mental examination of anyone convicted of a long list of sexual crimes, including sodomy. The judge had sole discretion as to whether to commit a defendant based on the examination. There is no hearing, and no opportunity for the defendant to challenge the results of the examination or cross-examine witnesses. Commitment in a mental institution is compulsory for those with a history of violence or sexual interest in those younger than fifteen. But regardless of whether someone is committed for treatment, the criminal penalty is still applicable for anyone who is convicted. For sodomy, the punishment can be up to five years in prison. 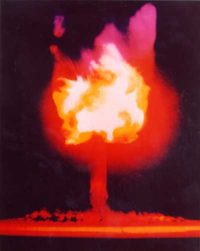 Feb 6: The final detonation of the first series of nuclear tests at the Nevada Test Site is also the largest. At 22 kilotons, the blast lights up the  pre-dawn sky as far away as Boise, Idaho, about 400 miles away. Los Angeles residents can hear and feel the rumble. A TWA pilot flying over the Four Corners area says, “It was just like the sun exploding. All of Nevada looked like it was on fire.” Passengers aboard a Pan Am Flight from Hawaii to San Francisco see the blinding flash 160 miles out at sea. The next night, snowfall over Vancouver, British Columbia, will be found to be radioactive, although local officials will stress that it “could never harm anyone.” 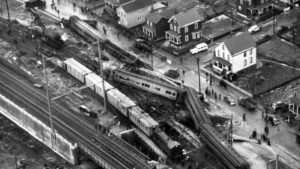 Feb 6: A Pennsylvania Railroad passenger train derails in Woodbridge, New Jersey, while crossing over a temporary trestle. The trestle had been erected to allow work on the main line as part of the New Jersey Turnpike construction. The speed limit was normally 60 mph, but on this day, when the temporary trestle enters into service, the limit is lowered to 25 mph. The engineer fails to slow the train at the diversion ahead of the trestle, and the train’s momentum causes the tacks to shift.  Eighty-six people are killed, and about  530 more are injured in one of the worst rail disasters in U.S. history. 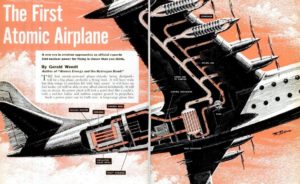 Feb 22: The U.S. Air Force and the Atomic Energy Commission jointly announce they are launching a project to develop an atomic-powered airplane capable of flying eighty times around the world on one pound of fuel. The announcement follows a four-year top secret program to determine the plane’s theoretical possibility. The announcement comes a day after it was disclosed that the first atomic power plant for submarines was already “partially built.”

Feb 26: The Twenty-Second Amendment to the U.S. Constitution is ratified, limiting Presidents to two terms. The limit is set to one term for a President who served more than two years of an unfulfilled term of a departed president. The Amendment allows Truman, as the sitting President when the amendment is ratified, to seek a second full term if he so chooses. Truman will decline to run again in 1952.

Feb 27: Eric Johnston, Economic Stabilization Administrator, approves a pay-raise regulation that will allow a ten percent wage increase based on January 15, 1950, salaries. The regulations also allows scheduled cost-of-living and productivity increases as provided by current union contracts through July 1. This is the first major change to wage controls since a blanket wage and price freeze was imposed on January 25. Unions had been threatening to go on strike unless their concerns were met. The Office of Economic Stabilization also imposes price ceilings on more than 200,000 retail items, excluding food.