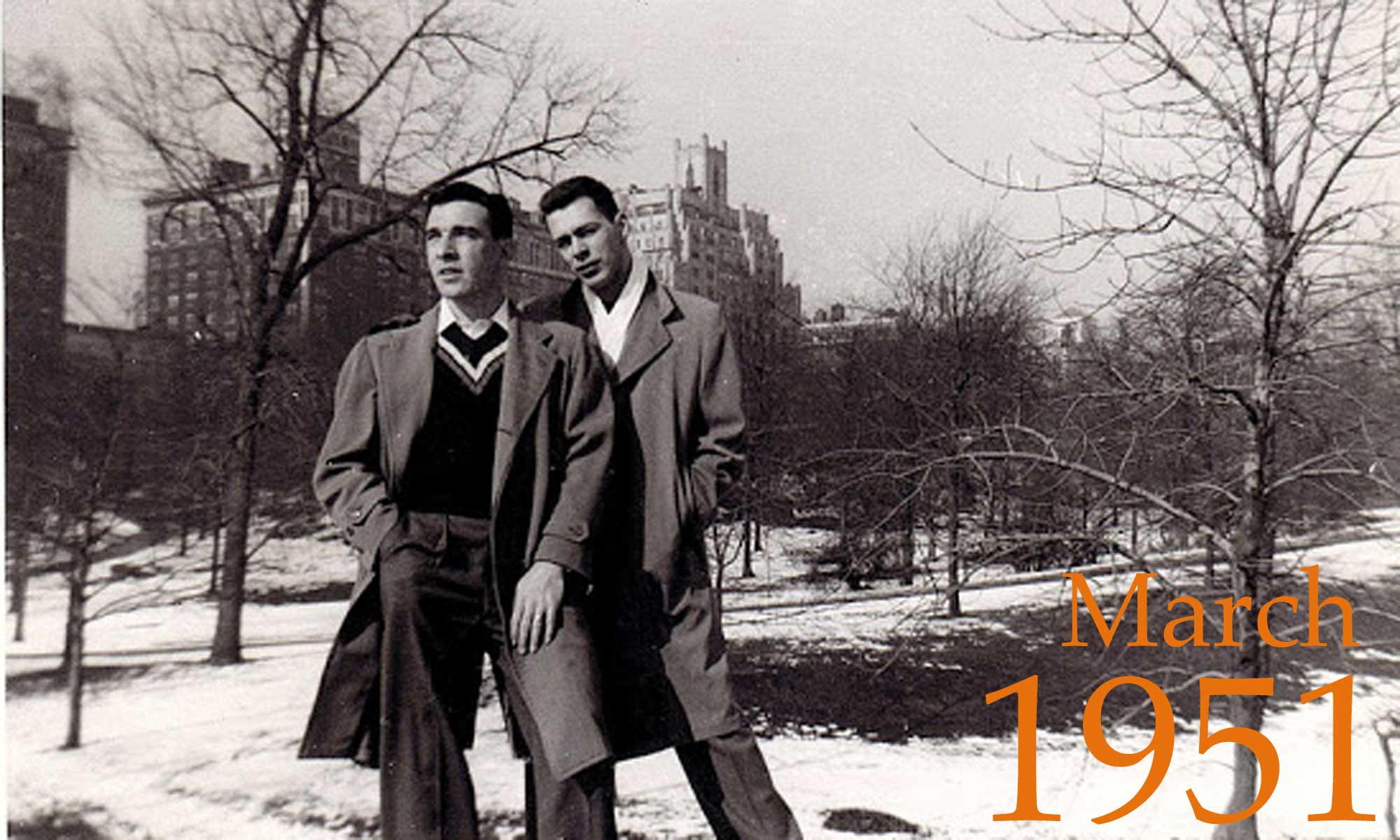 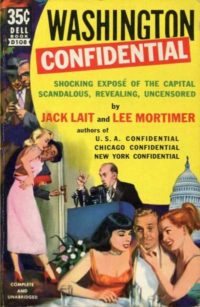 Mar 5: Washington Confidential tours a garden of pansies. Authors Jack Lait and Lee Mortimer take readers on a noirish tour of the nation’s capital,  “a cesspool of drunkenness, debauchery, whoring, homosexuality, municipal corruption and public apathy, protected crime under criminal protection, hoodlumism, racketeering, pandering, and plundering, among anomalous situations found nowhere else on earth.” The book includes an entire chapter on “The Garden of Pansies.” They write: “Until the recent purges in the State Department, there was a gag around Washington that you had to speak with a British accent, wear a Homburg hat, or have a queer quirk if you wanted to get by the guards at the door. … The following will be denied, but whenever possible the YMCA is vetoing the use of its facilities, especially the swimming-pool, to all State Department employees, just to be on the safe side.”

Mar 5: Dean Erwin N. Griswold of the Harvard Law School denies a request to ban the Harvard Lawyers Guild. The request comes from alumnus Samuel P. Sears, president of the Massachusetts Bar Association, who protests a scheduled talk by the vice president of the National Lawyers Guild. Sears noted that the House Un-American Activities Committee listed the national guild “the foremost legal bulwark of the Community Party.” “I think it is about time,” says Sears. “that Harvard cleaned house and stopped encouraging and playing host to the Communist Party.” Dean Grishold points out that the U.S. Attorney General has not seen fit to include the National Lawyers Guild in the Justice Department’s list of subversive organizations. Furthermore, banning the Harvard chapter “would be an improper interference with the legitimate freedom of our students.”

Mar 6: Welsh composer and actor Ivor Novelo dies (b. Jan 15, 1893). He wrote the World War I hit, “Keep the Home Fires Burning.” In the 1920s, he turned to acting in film and on the West End stage, where he was an enormously popular as actor, singer and author of several popular musicals. He dies in London at the age of 58 of a coronary thrombosis, just a few hours after performing in his hit musical King’s Rhapsody at the Palace Theatre. 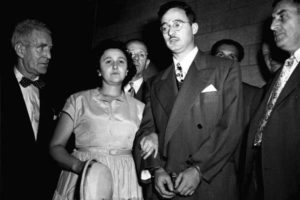 Mar 6: The espionage trial of Julius and Ethel Rosenberg begins in New York.

Mar 7: Utah enacts a sexual psychopath law. This law allows anyone convicted of several specific crimes, including sodomy, lewdness, or an attempt to commit either, to be committed indefinitely to a state hospital, potentially for life. The law requires only “two or more competent and reputable physicians recognized as specialists … in the field of psychiatry” to submit reports to the judge, who then has the sole discretion to commit the convicted individual. The judge has sole discretion; there is no hearing, and no mechanism available for the defendant to challenge the judge’s ruling. The individual is held in a state hospital until the superintendent decides the offender has recovered sufficiently. 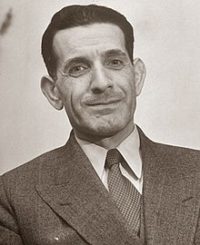 Mar 7: Iranian Prime Minister Haj Ali Razmara is assassinated by Khalil Tahmassebi, a member of the nationalist and fundamentalist group Fadayan-e Islam (Devotees of Islam). Razamara was targeted because of his failure to negotiate more favorable terms with the British-owned Anglo-Iranian Oil Company (AIOC) and his refusal to nationalize AIOC. Iranians were angered by AIOC’s refusal to build schools, hospitals, roads, and telephone facilities, or to allow Iranians to hold managerial positions — all of which were required in a 1933 agreement that gave AIOC an irrevocable 60-year lease of Iran’s most productive oil fields. Razmara had been a powerful voice arguing that nationalization would be disastrous. His assassination eliminates the sole politician with enough clout to oppose the demands of nationalists. Razmara’s assassination is followed by a conspicuous lack of mourning by the public.

Mar 7: The House Un-American Activities Committee releases a list of 624 organizations and 204 publications that have been declared subversive by one government agency or another. 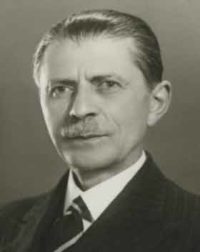 Mar 12: The Shah of Iran, Mohammad Reza Pahlavi, appoints Hossein Ala as Prime Minister to succeed Ala Razmara, who was assassinated five days earlier. Ala is a London-trained lawyer and politician who had previously served as Iranian ambassador to Britain and the U.S. He is viewed as a pro-western candidate, and when the Majlis confirms his appointment the next day, the National Front and Communists walk out of the chamber in protest.

Mar 12: The U.S. Supreme Court turns back an appeal by former State Department diplomat Alger Hiss. This means that Hiss will serve jail time for his conviction of perjury. 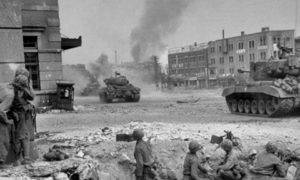 Mar 14: United Nations troops recapture Seoul for the second time. This fourth conquest of Seoul leaves it in ruins; its 1.5 million pre-war population is down to 200,000 people. Chinese and North Korean forces retreat northward towards the 38th Parallel. 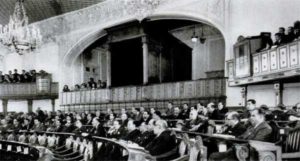 Mar 17: The state of Washington expands its sexual psychopath law. A 1949 revision had sought to protect the civil liberties of those committed indefinitely to state hospitals for “any disorderly conduct involving a sex offense,” including sodomy. The 1951 revision removes the civil liberties protections created two year earlier, and it defines sodomy and “vagrancy involving immoral or sexual conduct” as triggering offenses, along with an attempt to commit them.

Mar 20: The Senate, Iran’s upper house in parliament, unanimously approves the Majlis bill nationalizing the British-owned Anglo-Iranian Oil Company (AIOC). The Senate’s approval was seen as inevitable. Its only options were to either approve the bill, or send it back to the Majlis for an override vote. The bill now goes to the Shah for royal assent. If he refuses to give assent, he must dissolve the parliament. But because the bill passed both houses unanimously, most observers doubt he will be able to veto the bill. Meanwhile, Prime Minister Hossein Ala imposes martial law in Tehran in response to increasing violence.

Mar 21: The House Un-American Activities Committee launches another set of investigations on the “Influence of Communism in the Entertainment Fields.” The HUAC, under the chairmanship of Rep. John S. Wood (D-GA), calls film actors Larry Parks, Howard Da Silva and Gale Sondergaard. Parks pleads with the committee not to force him to “crawl through the mud to be an informer.” Later, he goes behind closed doors and gives at least a dozen names. Committee members say Parks was very cooperative, unlike Da Silva and Sondergaard, both of whom invoke the Fifth Amendment and refuse to answer questions about their possible relationships with Communism. Sondergaard pointedly reminds the committee that her husband, screenwriter Herbert Biberman “recently came out of prison for defending the First Amendment.” Bieberman was among the “Hollywood Ten” jailed in 1947 for contempt of Congress when they refused to answer similar questions before the HUAC. All three of today’s witnesses will be blacklisted, including Parks despite his cooperation.

Mar 22: The Hungarian aristocrat, desert explorer, aviator and adventurer Count László Almásy, dies (b. Aug 22, 1895). He dies at the age of 55 of dysentery in Salzburg, which he had contracted dysentery during a trip to Mozambique the year before. Almásy served as a basis for the protagonist in The English Patent, although letters discovered in 2010 will reveal that Almásy was exclusively homosexual. 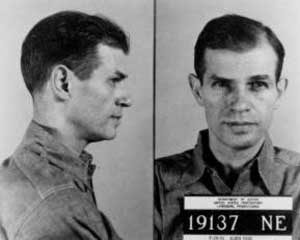 Mar 22: Alger Hiss begins serving his five-year sentence for perjury. He will serve three years and eight months at Lewisburg Federal Penitentiary before being released. 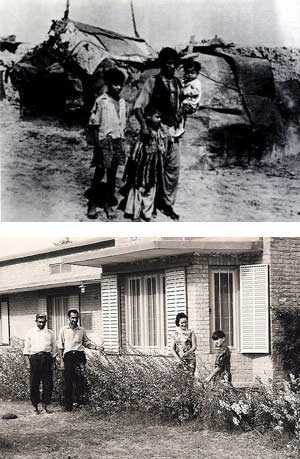 Mar 22: In an incredibly tone-deaf move, the British-owned Anglo-Iranian Oil Company (AIOC) announces a 30% wage cut. This only adds fuel to the nationalists’ fire. Iranian oil workers earn about fifty to eighty-five cents a day, and live in crowded, festering slums. British employees enjoy a comfortable living in a separate suburb of modern bungalows, schools, theaters, and shops. Strikes and riots break out in Abadan and other towns in the oil fields.

Mar 23: Nevada alters its penalty for sodomy. Since 1861 when Nevada Territory enacted its first criminal code, the penalty was five years to life imprisonment. With this new amendment, the minimal penalty is reduced to one year, but the lifetime maximum remains.

Mar 26: The Joint Chiefs of Staff instruct Gen. MacArthur to clear all future statements of a political nature with Washington. This comes after MacArthur unilaterally and publicly offered to discuss truce terms with Chinese and North Korean military leaders now that the front lines between North and South correspond roughly to the 38th Parallel. MacArthur’s proposal ran counter to secret proposals being circulated by the U.S. State Department among allied governments. 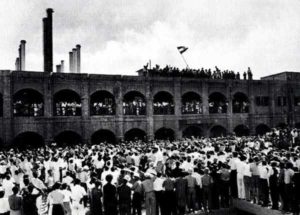 Mar 26: Iranian Prime Minister Hossein Ala declares martial law in Abadan and the oil-rich province of Khuzistan, and calls out the army and navy to quell demonstrations demanding that AIOC rescind its 30% wage cut. Martial law does little to prevent the strikes and demonstrations from spreading to other towns and oil fields in the country.

Mar 27: The State Department fires four consulate employees for homosexuality. Those fired include Vice Consul John Wayne Clark Williams, 25, of the U.S. Consulate in Hong Kong, who is also accused of accepting bribes to speed the issuance of visas. The State Department stresses that the other three, who remain unnamed, were not involved in the visa irregularities. They were fired when the department learned of their homosexuality while investigating Williams. 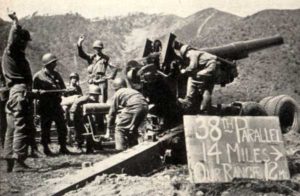 Mar 27: Defense Secretary Gen. George C. Marshall orders MacArthur to halt his northward advance at the 38th Parallel. He is instructed not to cross the Parallel except for cases where crossing the line is necessary “to safeguard the security of his command.” Marshall says any decision for a general advancement across the Parallel is “a matter for political consideration.”

Mar 28: Actor José Ferrer, whose name appeared on the Red Channels blacklist last June, says that he is not a Communist. He says he will fully cooperate when he appears before the House Un-American Activities Committee in May.

Mar 29: Arizona raises its penalty for sodomy. The penalty goes from one to five years in prison, to five to twenty years. The day before, Arizona enacted a law requiring sex offenders, including those convicted of sodomy or a lewd or lascivious act, to register as a sex offender with the county sheriff. Another law defines any person who “loiters in or about a public toilet in a park” as vagrant and thus subject to up to six months in jail and/or a fine of up to $300. ($2,900 today). Repeat offenders can receive a maximum of five years in prison. 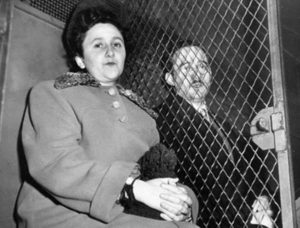 Mar 29: Julius and Ethel Rosenberg are found guilty of conspiracy to commit espionage for the Soviet Union. A third defendant, Morton Sobell, is also convicted. The jury makes no recommendation for leniency against the death penalty. 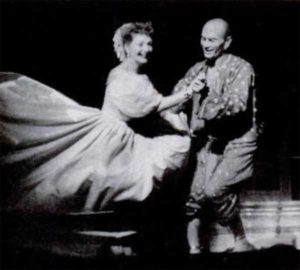 Mar 29: The Rodgers and Hammerstein musical The King and I opens at the St. James Theatre on Broadway. Starring Gertrude Lawrence and Yul Brenner, it opens to rave reviews despite Lawrence’s weakened condition due to undiscovered liver cancer. Upon her death in September 1952, she will be replaced with Constance Carpenter, and then several other actresses for the remainder of the musical’s 1,246 performances.