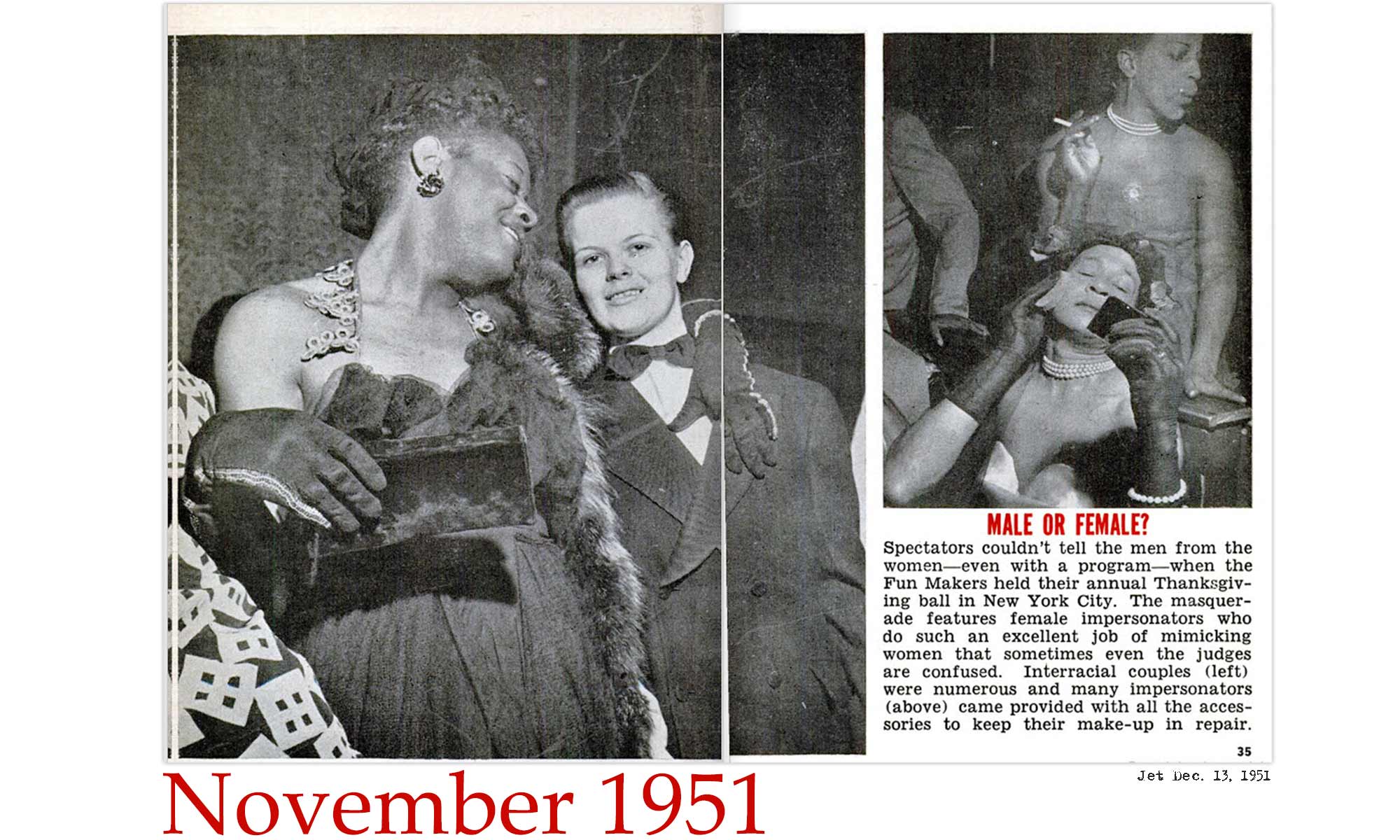 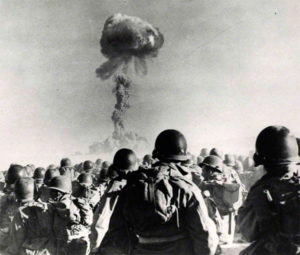 Nov 1: For the first time, American ground troops participate in military exercises accompanied by an atomic bomb detonation at the Nevada Test Set. Even though the 21-kiloton blast occurs in broad daylight, it can be clearly seen in Las Vegas 75 miles away. Windows in four downtown businesses are shattered. About a half hour later, the cloud from the blast will stretch out over the city.

Nov 3: Tony Bennett’s cover of Hank Williams’s “Cold, Cold Heart” begins its six week run at number one. With this single knocking Bennett’s previous single, “Because of You” off of the top spot, Bennett will wind up holding the number one spot for a total of fourteen consecutive weeks. 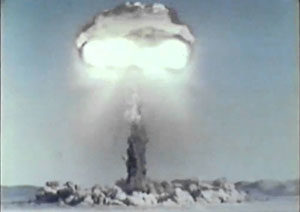 Nov 5: The largest nuclear detonation to date at the Nevada Test Site takes place when a bomb is dropped from a B-29 bomber at about 8:30 a.m. P.S.T. The Atomic Energy Commission asks area radio stations to warn residents to keep windows open to lessen the effects of the concussion. In Caliente, Nevada, about 105 miles from ground zero, residents are urged to get out of the buildings. School children are hustled out of their classrooms and onto playgrounds, and residents stand in the streets where they have a clear view of the blast. The concussion from the 31-kiloton blast is felt as far away as Phoenix, Arizona, and Glendale, California, about 220 miles away.

Nov 6: NATO Commander Gen. Dwight D. Eisenhower, in Washington for briefings with President Truman and other officials, tells reporters that he has an “open door” for efforts to draft him into running for President in 1952. Gen. Eisenhower again declines to say whether his personal party affiliation is Democratic or Republican, but other comments suggest that he would most likely run as a Republican. 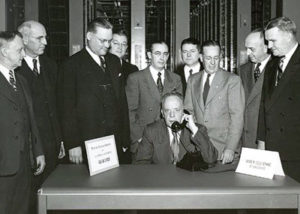 Nov 13: Korean armistice talks stall when the Communists charge that American aircraft have violated the neutral area around Panmunjom. The Allies respond with charges that the Communists are trying to create a de facto armistice before the armistice line is set or an agreement for exchanging prisoners of war is reached.

Nov 13: Iranian Prime Minister Mohammed Mossadegh completed his talks with the U.S. State Department in Washington, D.D., in a failed bid to find a solution to Iran’s oil dispute with Britain. Mossadegh will leave the U.S. on Sunday no closer to an agreement than when he arrived in October to plead Iran’s case before the United Nations. Three weeks of intense negotiations have resulted in “no new basis” for a settlement, according to a State Department announcement. With Iran’s oil production having collapsed — from 692,000 barrels per day a year ago to just 9,300 barrels per day now for domestic use — Mossadegh asks for a $120 million loan ($1.15 billion today) from the U.S. to forestall an economic disaster which could lead to a Communist takeover. The U.S. says it will give Mossadegh’s loan request “sympathetic consideration.” 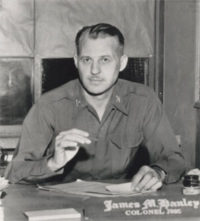 Col. James M. Hanley, Judge Advocate General of the U.S. Eighth Army issues a report charging that an estimated 2,000 American prisoners of war have been executed by their Chinese and North Korean captors since the start of the war. The estimate is based on figures collected by the United Nations Command. The report says that it reveals “a record of killing and barbarism unique even in the Communist world.” It also accuses Communist troops of killing more than a quarter million South Korean civilians. The report is released at Pusan, apparently without consultation or coordination with Gen. Matthew B. Ridgway’s headquarters in Tokyo. The report also catches the Pentagon and President Truman off guard. The Pentagon announces that it is “seeking immediate clarification” from the Eighth Army Headquarters. The report’s unauthorized release spurs suspicions among United Nations allies that the U.S. is not serious about negotiating an armistice. 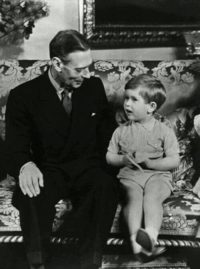 Nov 14: Prince Charles goes to Buckingham Palace to celebrate his third birthday with his grandparents. The Palace releases several photos, including this one of Charles chatting with his grandfather, King George VI. This is the first photo of the King released to the public since his surgery in September. The public is shocked to see the King looking so haggard.

Nov 18: Nine Egyptians and four Britons are killed in Ismailia, a city in the Suez Canal Zone. The deaths are the result of in a clash between British forces and Egyptian Police. Ismailia is located along the Suez Canal midway between the Mediterranean and Red Seas. The town’s residence include Egyptian workers, European employees of the Suez Canal Company, and families of British forces.

Nov 20: Britain announces that it has begun evacuating British families from Ismailia in the Suez Canal Zone. Several hundred British families,, mainly those of British servicemembers, live in Ismailia. The city has been the scene of several clashes in the past month after Egypt unilaterally abrogated a 1936 treaty that give Britain control over the canal’s operations and security. 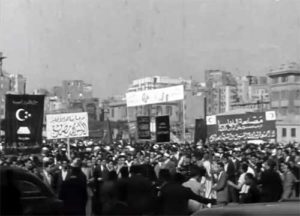 Nov 20: Iranian Prime Minister Mohammed Mossadegh stops in Cairo on his way back to Iran from the United States. A crowd of about 20,000 people gather at the square in front of Abdin Palace, many of them carrying anti-British signs and hailing Mossadegh as the champion against British imperialism. Mossadegh, who nationalized British-owned Anglo-Iranian Oil Company property in Iran, lends his support to Egypt’s attempt to take control of the Suez Canal from the British. Mossadegh meets with King Farouk and Prime Minister Mustafa el-Nahhas Pasha.

Nov 22: The science fiction film When Worlds Collide is released.

Nov 23: Negotiators in Panmunjom reach an agreement “in principle” to set the cease-line based on current battle conditions. The tentative agreement calls for a possible truce within thirty days. If a truce agreement isn’t reached by that time, the truce line will no longer be considered valid. The negotiations will now proceed to the exchange of prisoners and guarantees against violating the armistice agreement. 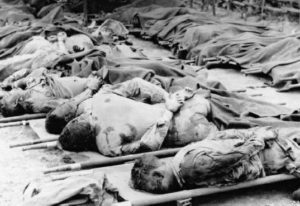 Nov 23: U.S. State and Defense Department officials reveal that Gen. Matthew B. Ridgway, Supreme Commander of U.N. forces in Korea, has issued a report estimating that 8,000 American prisoners of war have been killed by their Chinese and North Korean captors through July 20. The report had been supplied to the United Nations on Nov 12, two days before the much-publicized — and much criticized — report released by Col. James Hanley, Judge Advocate General of the U.S. Eighth Army. Of the 8,000 estimated dead, about 7,000 are believed to have been killed by North Korean forces and abut 1,000 killed by Chinese troops.

Nov 27: Allies and Communist negotiators ratify an armistice line between North and South Korea. Talks now turn to arrangements for the enforcement of armistice terms and the exchange of prisoners of war. 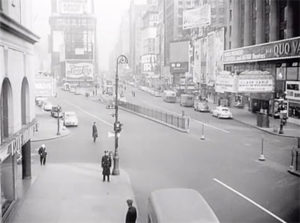 Nov 28: New York City conducts an air raid drill. When the sirens sound at 10:33 a.m., all busses, street cars, trucks, and private autos come to a complete stop. Occupants join the crowd of spectators to shelters. For the next hour, the streets of New York are eerily silent until sirens give the all-clear signal. Two persons are injured during the exercise, one seriously. One man is arrested and fined $25 for disorderly conduct when he refuses to go to a shelter. 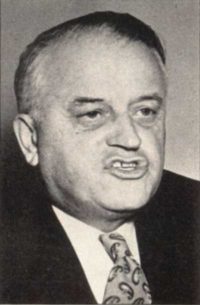 Nov 29: Republican Senate floor leader Kenneth S. Wherry (R-NE) dies of pneumonia while recovering from abdominal surgery at the age of 59. Wherry was driving force behind the Lavender Scare in the Senate throughout 1950.