On April 18, 1950, Guy Gabrielson, Chairman of the Republican National Committee, threw the party’s full support behind the Lavender Scare. In a letter to about 7,000 party workers under the heading, “This is the News from Washington,” Gabrielson applauded Sen. Joseph McCarthy’s (R-WI) campaign: 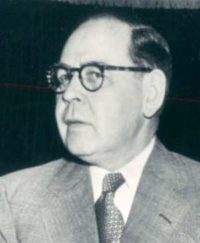 As Americans, it is difficult for us to believe that a National Administration would go to such length to cover up and protect subversives, traitors, working against their country in high Governmental places. But it is happening. If there is but one more (Alger) Hiss or (Judith) Coplon still in a key spot, he should be ferreted out. It’s no red herring.

In 1948, when the Republican-controlled House Un-American Activities Committee was investigating the Whittaker Chambers/Alger Hiss affair, Truman famously dismissed the hearings as a “red herring” that the Republican Party had cooked up to distract Americans from more important issues during an election year. Later that year, voters returned both the House and Senate to Democratic control, and, in a big upset, chose Truman over New York. Gov. Thomas E. Dewey.

Frustrated Republicans were looking at nearly two decades of being locked out of power. But the Great Depression and the Second World War were now history and new worries emerged. The Soviets menaced Europe, China had fallen to the Reds, the Russians shocked Americans by detonating an atomic bomb, and a jury convicted Hiss of perjury over his testimony before the HUAC. Americans blamed either incompetence or, worse, conspiracy in the State Department for these failures, and Truman’s “red herring” comment was coming back to haunt him.

Americans were paranoid about Communists, but they were both paranoid and disgusted with homosexuals. In the early stages of what became known as the Red Scare, many Republicans saw the Lavender Scare as a more promising angle of attack. On March 30, the New York Daily News opined, “If we were writing Republican campaign speeches, we’d use the word ‘queer’ at every opportunity.” In April, Sen. Styles Bridges (R-NH) was telling audiences that he thought McCarthy should focus more on “bad security risks.” “When they admit discharging ninety-one homosexuals, it doesn’t look good.” Gabrielson apparently agreed. His April letter devoted more space to “sexual perverts” than to Communists.

Perhaps as dangerous as the actual Communists are the sexual perverts who have infiltrated our Government in recent years. The State Department has confessed that it has had to fire ninety-one of these. It is the talk of Washington and of the Washington correspondents corps.

The country would be more aroused over this tragic angle of the situation if it were not for the difficulties of the newspapers and radio commentators in adequately presenting the facts, while respecting the decency of their American audiences.

By summer, Truman’s advisers worried that the queer campaign might succeed. One advisor warned in an internal memo that “the charges about homosexuality have struck home with far greater effect, in certain quarters, than the Communist allegations.” The working class and poor, both the bedrock of the Democratic base, worried less about national security and more about morals. “Intolerance of this kind of deviation increases substantially as you go down the income scale,” the memo warned.

Another memo echoed Gabrielson’s observation that the homosexual investigations were the talk of Washington. “Although the matter is frequently discussed in whispers behind hands, a number of responsible persons have advised that … the country is really much more disturbed over the picture which has been presented so far of the government being loaded with homosexuals than it is over the clamor about Communists in the Government.” 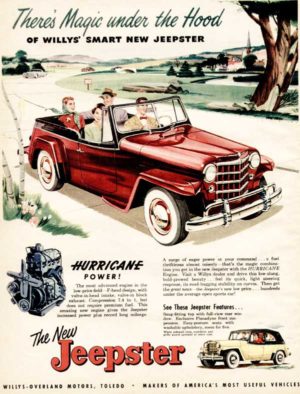 Headlines: The Postmaster General orders residential mail deliveries be cut back from twice a day to once daily. The National Labor Relations Board fires Ruth Weyand, a white lawyer for the general counsel, after she marries an African-American lobbyist for the NAACP.  The U.S. accuses the Soviets of shooting down a Navy patrol plane over the Baltic; the plane has been missing since April 8. 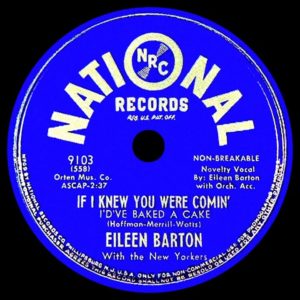 David K. Johnson. The Lavender Scare: The Cold War Persecution of Gays and Lesbians in the Federal Government. (Chicago: University of Chicago Press, 2004): 29.