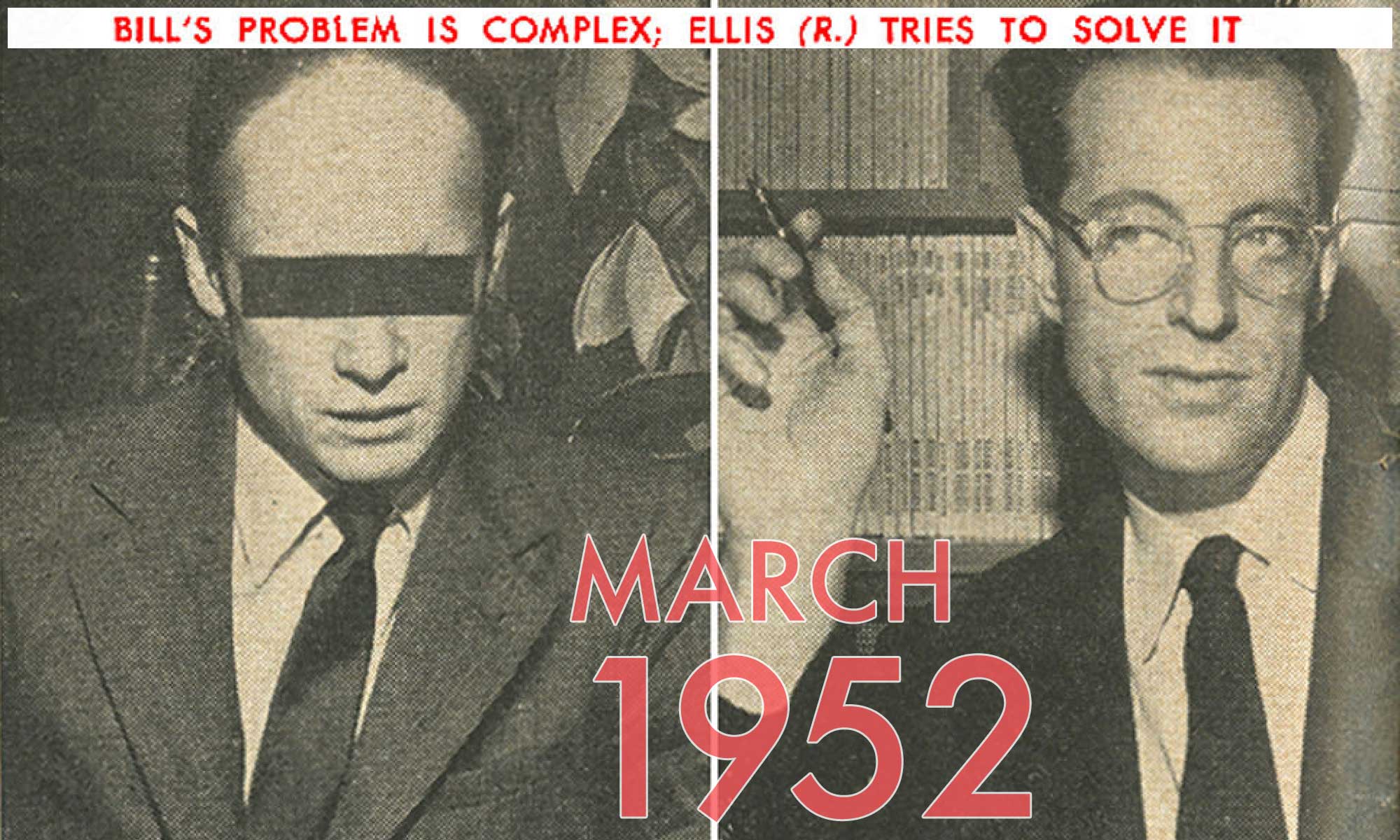 Mar 3: In a 6-3 decision, the U.S. Supreme Court upholds a New York law designed to bar public schools from hiring Communists or members of other “subversive organizations.” The court rules in Adler v. Board of Education of New York City that the state has a constitutional right to protect “the attitude of young minds towards the society in which they live.” But Justice William I. Douglas, in his dissent, writes: “I have not been able to accept the recent doctrine that a citizen who enters the public service can be forced to sacrifice his civil rights … The present law proceeds on a principle repugnant to our society — guilt by association. …The very threat of such a procedure is certain to raise havoc with academic freedom. Youthful indiscretions, mistaken causes, misguided enthusiasms — all long forgotten — become the ghosts of a harrowing present. Any organization committed to a liberal cause, any group organized to revolt against an hysterical trend, any committee launched to sponsor an unpopular program, becomes suspect… The law inevitably turns the school system into a spying project. ” The Adler decision will be overturned in 1967.

Mar 4: Canadian politician Svend Robinson is born. In 1988, as the Member of Parliament from the Vancouver area, he will become the first M.P. to come out as gay while in office. 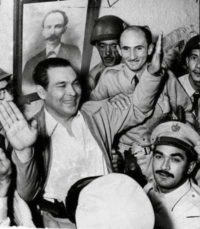 Mar 10. Cuban Gen. Filgencio Batista overthrows the civilian government of President Prio Socarrás in a military coup when it became apparent that Batista will badly lose the elections scheduled for June. Batista says he acted because Socarrás was planning to create chaos by “gangster” action in order to establish a dictatorship on April 15 and cancel the June 1 elections. With no sense of irony, Batista himself will “suspends” the elections and will rule Cuba as a dictator until the end of 1958. 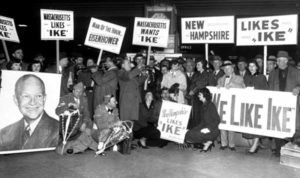 Mar 11: Gen. Dwight D. Eisenhower defeats Sen. Robert A. Taft (R-OH) in the New Hampshire primary. This victory comes even though Eisenhower was a write-in candidate and he remained in Europe as head of NATO forces. He still has not officially announced his candidacy for president and did not campaign in New Hampshire, although a “draft Eisenhower” campaign was put together with his blessing. On the Democratic side, Sen. Estes Kevauver (D-TN) defeats President Truman, leading to questions of whether Truman will continue to seek re-election to a second full term. 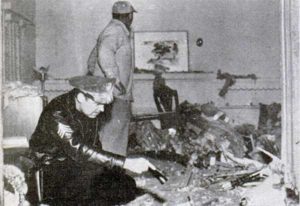 Mar 16: Bombs explode simultaneously at two homes in Los Angeles, at 2130 and 2135 S. Dunsmuir Avenue. Asleep at the first quiet bungalow are William and and Willa Bailey, and their twelve-year-old son, William Jr., an African-American family who had moved into the neighborhood in January. William Bailey, a middle school science teacher, says that they had not receive any threats, but the previous owner had received two phone calls and a letter warning not to sell to Negroes. The second address is being rented by studio worker Ralph Martinez, 25, and restaurant owner John Potts, 32, who said they were moving out due to an increase in rent. No one is hurt, but each home sustains $5,000 in damages (about $48,000 today). Police say the bombs are very similar to two other bombs set off on the same street the previous July targeting a Japanese-American physician and a real estate broker. Protests break out a city hall. The city council unanimously condemns the bombings. Mayor Fletcher Bowron (R) blames Communists: “We will not let these acts be used for Communist purposes.”

Mar 17: Communist negotiators at Panmunjom tentatively accept a set of U.N. proposals for five disputed issues in truce talks to end the fighting in Korea. The issues deal with verification of truce terms which forbid either side to use the cease-fire as an opportunity to re-arm. The allies say that this tentative agreement “removed the bulk of the remaining issues and was the most progress in two months.” 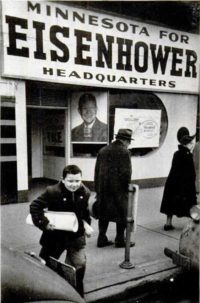 Mar 20: Shocked at the magnitude of Eisenhower’s write-in vote in Minnesota, the general tells reporters in France: “You gentlemen probably realize how astonished I was by the result of the Minnesota primary. The mounting numbers of my fellow citizens who are voting to make me the Republican nominee are forcing me to re-examone my personal position and past decisions.” He adds that he didn’t imagine he would garner so many write-in votes because “according to newspaper accounts, some of them had trouble with my name. I count it an additional compliment that some refused to be dismayed by the long Eisenhower name and simply wrote in ‘Ike’.”

Mar 20: The U.S. confirms that it has refused a request for a $120 million loan ($1.15 billion today) to help steady Iran’s economy after Prime Minister Mohammed Mossadegh nationalized the British-owned Anglo-Iranian Oil Company’s properties in Iran. The U.S. State Department denied the load because the Teheran Government has the opportunity to get “adequate revenues” from its oil resources by reaching an agreement with Great Britain in the nearly two-year dispute. Mossadegh had requested the loan last November when he was in Washington, D.C. The loan was supposed to be repaid from Iran’s oil revenues. But since June 1951 Iran’s oil production has collapsed, from 692,000 barrels per day a year ago to just 9,300 barrels per day now, all of it for domestic use. Another $25 million loan ($245 million today) loan request from the U.S. Export-Import Bank has also been denied. 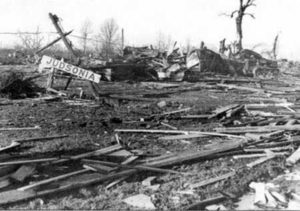 Mar 25: The State Department says 119 homosexuals were fired in 1951. The House Appropriations Committee releases testimony from Deputy Undersecretary of State Carlisle Humelsine said: “We have been working in a very vigorous way on this particular problem. We have resolved that we are going to clean it up.” This brings the total reported number of homosexuals fired or allowed to resign to 271 since 1948. Rep. John J. Rooney (D-NY) congratulated Humelsine for “really working” and says, “We probably could do the same thing in all of the departments of the government, including Interior, Post Office, Treasury, and everywhere else.” Humelsine agreed, but pointed out that the State Department is a special case because it is a “sensitive agency.” He continues: “There is no doubt in our minds that homosexuals are security risks and it follows that in a sensitive agency you cannot have security risks. You have to clean up the matter and we are bound and determined that we are going to do it.” Other testimony revealed that another 53 homosexuals have been removed from the Commerce Department. 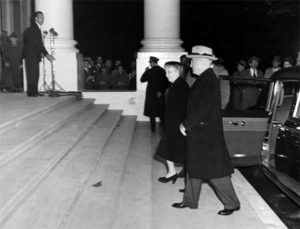 Mar 27: President and Mrs. Truman move into the White House for the first time since they were forced to abandon the mansion in November 1948 when the aging building was teetering on collapse. The First Family has been living in Blair House while the White House was gutted and rebuilt to modern standards. 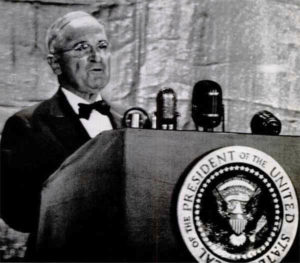 Mar 29: President Truman surprises observers by announcing that he will not run for re-election.  Truman quietly drops his announcement into the end of a speech before the Democratic Party’s traditional Jefferson-Jackson day fundraiser dinner in New York City. “I shall not be a candidate for re-election,” he tells the stunned gathering. “I have served my country long and I think efficiently and honestly. I shall not accept a renomination. I do not feel that it is my duty to spend another four years in the White House.”

Mar 30: Iran’s government declares martial law for Tehran for a month to stave off rioting and anti-government demonstrations. The ruling bans meetings of more than three people and imposes a dusk-to-dawn curfew. Martial law will be repeatedly renewed over the next seventeen months, and expanded to cover other cities across Iran.