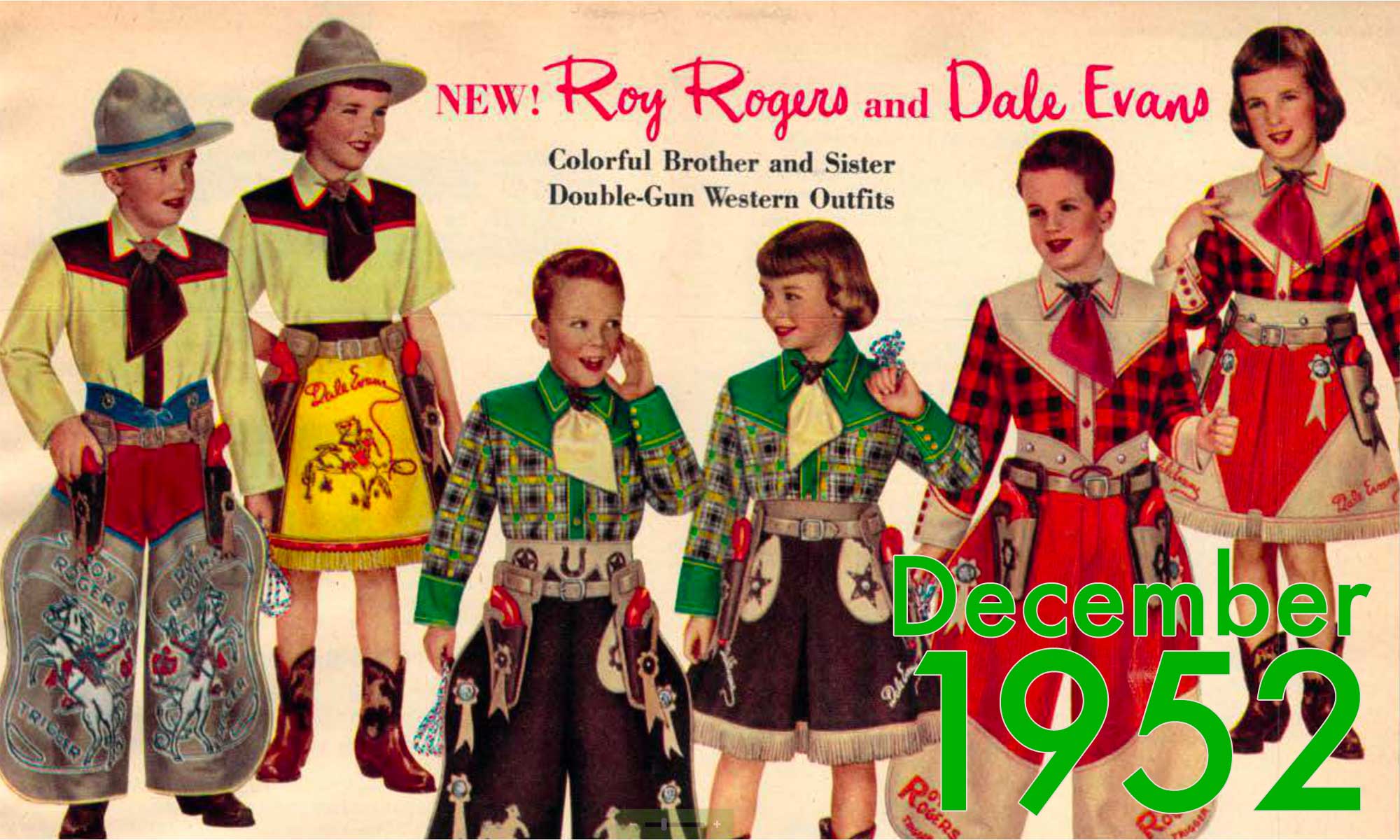 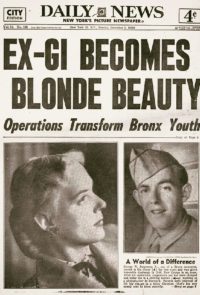 Dec 1: The New York Daily News: “Ex-GI becomes blonde beauty — operations transform Bronx Youth.” The youth, George W. Jorgenson, Jr., is now Christine. “George is no more,” says the Daily News. “After six operations, Jorgenson’s sex has been changed and today she is a striking woman.” The paper reprints a letter she had written from Denmark where her operations took place to her parents in the Bronx. “Nature made a mistake which I have corrected,” she wrote, “and now I am your daughter.” She will return to the U.S. from Denmark in February. 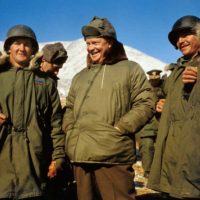 Dec 3-5: President-elect Eisenhower fulfills a campaign promise by surreptitiously slipping away and traveling to Korea to see the war zone personally. The entire three-day trip takes place with the highest secrecy and a complete news blackout. Three journalists accompany the President, their reports are withheld from publication until after Eisenhower is back safely in Guam. Among those traveling with him are Chairman of the Joint Chiefs of Staff Omar Bradley and designated Defense Secretary Charles Wilson. Eisenhower visits with frontline units, and meets with senior commanders. He flies over the 38th parallel and observes deeply dug-in Chinese and North Korean defenses in rugged terrain. He also meets with South Korean president Syngman Rhee, who harbors unrealistic dreams of conquering all of North Korea and ruling the peninsula as a dictator. Back on Guam, Eisenhower tells reporters, “there are no panaceas, no trick ways” of ending the war. 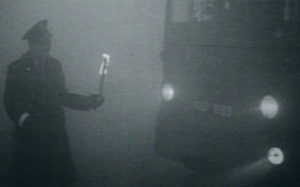 Dec 5-9: London experiences the Great Smog of 1952, a severe air-pollution event in which windless conditions, cold weather, and airborne pollutants due to widespread use of coal, form a thick layer of smog over the city. Virtually every home and office is heated with coal, often burning in open grates. Visibility is dramatically reduced to just a few meters, making travel, or even walking, next to impossible. Police use flares and flames to try to guide traffic during the middle of the day. Other police officers walk in front of buses to help guide them and ensure no one gets hit. The thick smog even penetrates indoors, forcing theaters to close down because spectators in their seats can’t clearly see stages and screens. Government figures at the time estimate that about 4,000 people have died as a direct results of the smog. Later research will suggest that the total number of fatalities are probably closer to 12,000. The death toll will lead to the Clean Air Act of 1956. 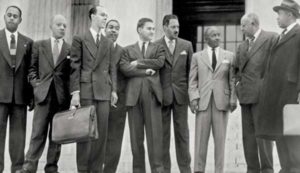 Dec 9-11: The U.S. Supreme Court hears oral arguments in lawsuits brought against five different school districts across the country that impose racial segregation on negro students. The five lawsuits are against school districts in Topeka, Kansas; Clarendon County, South Carolina; Prince Edward County, Virginia; New Castle County, Delaware; and the District of Columbia. Attorney Thurgood Marshall, NAACP attorney representing the South Carolina case, tells the court that the effects of “slavery is perpetuated in these statutes.” He also argues that the problem isn’t that the school facilities, teaching standards or curricula are unequal, but that the very act of segregation imposes an unequal status regardless of how good the schools may be. “The humiliation the children go through will affect their minds as long as they live,” he tells the court. “I believe that there is a body of law that holds that distinctions on the basis of race are odious and invidious. When South Carolina argues that segregation is a legislative matter that Federal courts are powerless to interfere with, Marshall counters that this argument is “directly contrary to opinions of this court.” He points out that school segregation is not “any more ingrained in the South than segregation in transportation, and the court upset that.” Robert Carter, the attorney representing African-American students in Topeka, directly challenges the court to overturn the 1896 Plessy v. Ferguson case which held that “separate but equal” schools were unconstitutional.” The court will do just that in May of 1953 when it issues it’s consolidated ruling for Brown v. Board of Education.

Dec 14: About 3,600 North Korean prisoners of war out of 7,000 being held on Pongam Island attempt a mass breakout. South Koreans soldiers are sent to restore order. Eighty-five POWs are killed, and 113 others wounded. Prisoners at the camp had been conducting military-style drills in defiance of camp authorities. Messages indicating that a plot was underway had been intercepted and guards had been alerted before the violence broke out.

Dec 14: The first successful surgical separation of Siamese twins takes place at Mount Sinai Hospital in Cleveland. They were joined at the chest by a strip of cartilage. The surgery is made possible by the fact that the twins do not share any organs or major blood vessels.

Dec 16: The California Senate Un-American Activities Committee launches an investigation of the 26,000 employees of the Los Angeles public schools at the invitation of superintendent Dr. Alexander J. Stoddard. “There is no sense of a witch hunt,” says Stoddard. “Everybody is being checked, including myself. I don’t think anyone can possibly take offense except those who have something to hide.” Already, complaints have been lodged against fifty-five teachers and other employees. 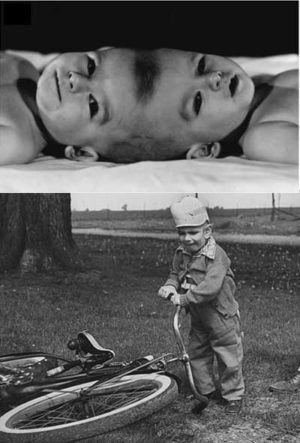 Dec 17: Sixteen-month-old Rodney Dee Brodie is separated from his Siamese twin brother, Roger Lee Brodie, in a twelve-hour, forty minute operation at the University of Illinois Hospital in Chicago. The twins were joined at the tops of their skulls. The twins have separate brains and nervous systems, but when the surgical team discovers that twins share a key vein that drains blood from the brain and delivers it back to the heart. Rodney, who has a better chance of survival (Roger went into shock three times during surgery) gets the vein. Both twins survive the surgery, a medical first. But Roger doesn’t regain consciousness and will die in 34 days. Rodney suffers minor neurological damage which affects his balance and motor skills, but he otherwise thrives. His skull never closes, so he wears a helmet. He will die at age eleven. 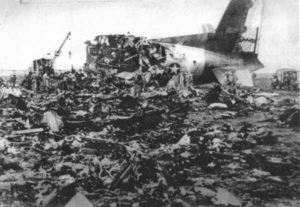 Dec 20: A military transport plane crashes at Moses Lake, Washington, shortly after takeoff from Larson Air Force Base. The Air Force C-124 Globemaster was carrying 115 servicemen on their way home for Christmas leave. Eighty-seven are killed in the world’s worst aviation disaster to date. 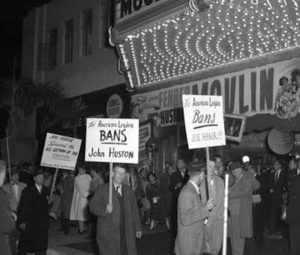 Dec 23: The film Moulin Rouge is released. The film is directed by John Huston and stars José Ferrer and Zsa Zsa Gabor. The American Legion pickets the West Coast premiere at the Fox Wilshire Theater. They carry signs denouncing Huston and Ferrer as Communists. 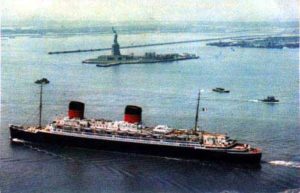 Dec 24: The controversial McCarran-Walter Immigration Act becomes even more contentious one day after it goes into effect when France’s magnificent flagship liner Liberté arrives in New York and 271 members of its crew of 974 are forbidden to leave the ship. Many of the barred crew members have been sailing in and out of New York for as many as twenty-five years. But this time, crew members have to submit to the Act’s new screening procedures that have drawn protests from the governments of Great Britain, France, Norway, the Netherlands and other nations. Those denied entry refuse to answer detailed questions about their political leanings or whether they intend to commit any “immoral sexual act” in the U.S., or whether they fit any of the other 29 causes for exclusion. Deck union representative François Legouarder says, “Those who did not (answer the questions) stood on their rights as free men not to reply.” The barred crew members will spend Christmas day on board the ship. It will take until noon on Christmas day to process all of the ship’s passengers. Sen. Pat McCarran (D-NV), a strong supporter of Sen. Joseph McCarthy (R-WI), is unapologetic. He dismisses critics as having been influenced by propaganda from Communist and “pink” organizations. He also claims that two members of a Presidential commission studying the new law’s impact have connections to “Communist front” organizations. The  McCarran-Walter Act became law over President Truman’s veto. President-elect Eisenhower has also voiced his disapproval of the law.

Dec 27: Jimmy Boyd’s single “I Saw Mommy Kissing Santa Clause” reaches number one for the holiday season. Boyd was thirteen years old when he recorded it the previous summer. The Roman Catholic Archdiocese in Boston condemns the song because it mixes kissing with Christmas. When Boyd goes to Boston to explain the song to church leaders, they lift the ban.