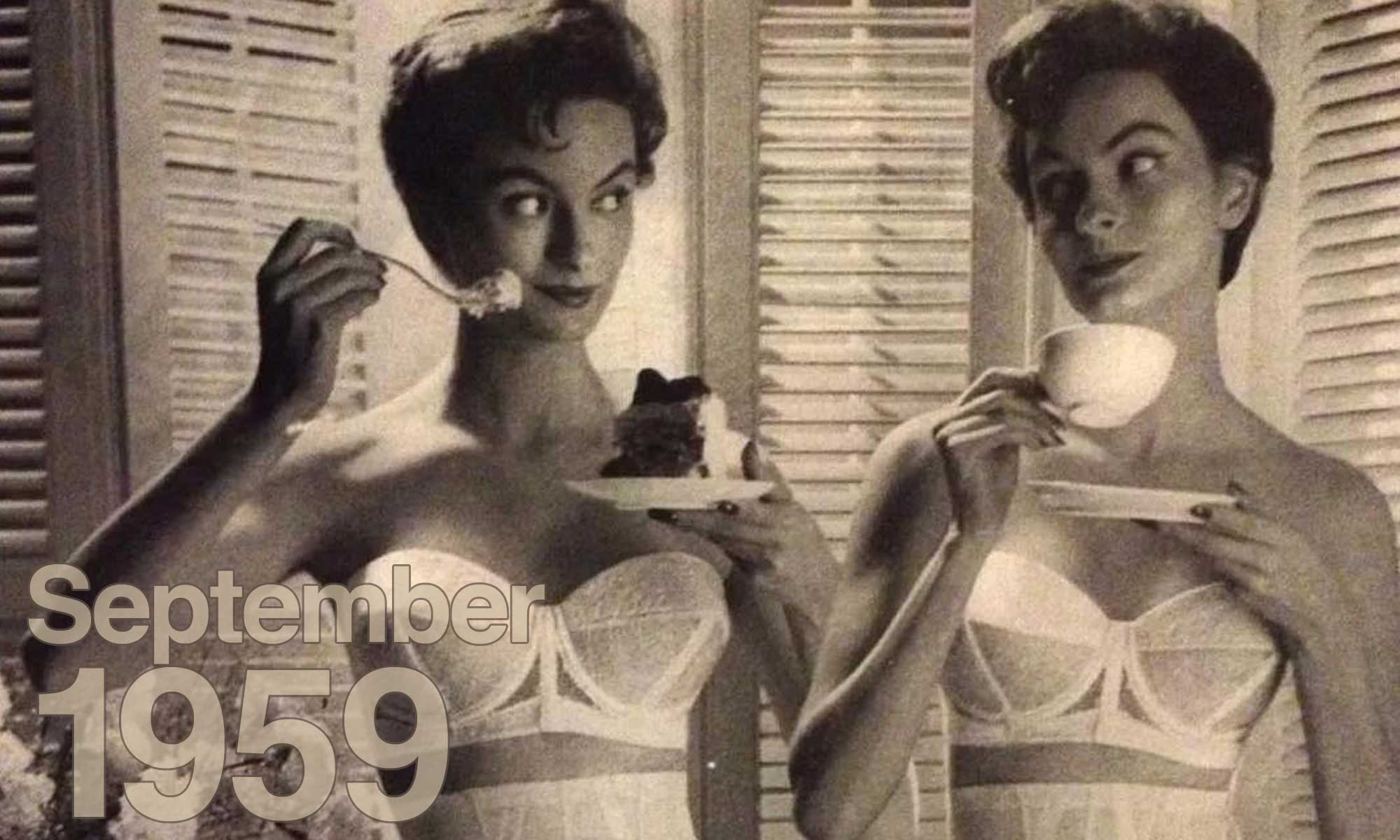 Sep 1: Liquor is legally sold in Oklahoma for the first time since becoming a state in 1907. 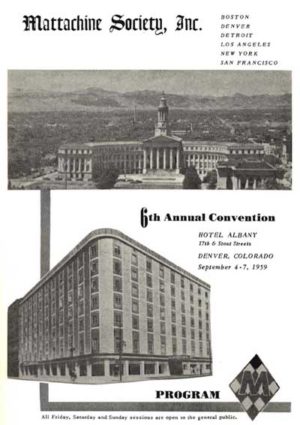 Sep 4-7: The Mattachine Society holds its sixth annual convention in Denver. About sixty people from across the country attend the Sixth Annual Mattachine Society Convention in Denver. The Labor Day Weekend conference attracts extensive neutral-to-positive coverage in the Denver Post and Rocky Mountain News. It also attracts the attention of two members of the Denver Police Department’s Morals Squad and a psychiatrist from the Colorado State Prison at Cañon City. The convention deals with several organizational matters dividing the east coast (which seeks a more loosely organized federation) and west coast chapters (which successfully maintains the current centrally-controlled San Francisco-based structure). It also passes a few good-will resolutions, including one offered by a brand new San Francisco member who had joined the Society just a few weeks earlier. His resolution expresses the Society’s appreciation to San Francisco Mayor George Christopher and Police Chief Thomas Cahill for the city’s “enlightened and just City Government and Police Force.” The reporter for ONE magazine writes that he “left Denver with a glow. The convention was a huge success. The press coverage was revolutionary. The Denver group of the Society left all the visitors full of admiration.”

Sep 10: The Federal Reserve raises its discount rate that it charges banks for loans to cover their reserve requirements. The rate is increased from 3½% to 4%, setting it at the highest level since 1932 during the Great Depression. The Federal Reserve Board says the economy’s continued improvement coupled with high demand for business loans justifies the rate increase. 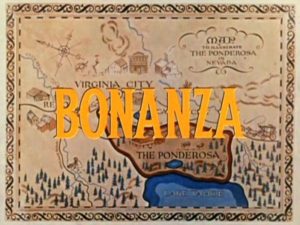 Sep 15: Soviet Premier Nikita Khrushchev and his wife begin an eleven-day tour the United States at the invitation of President Dwight Eisenhower. 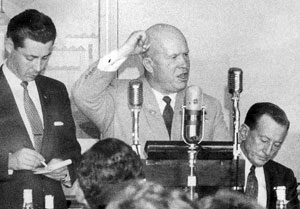 Sep 19: Khrushchev’s stop in Los Angeles turns contentious when he is offended by a speech made during a banquet, and then is enraged when he is told that he will not be able to visit Disneyland due to security concerns.