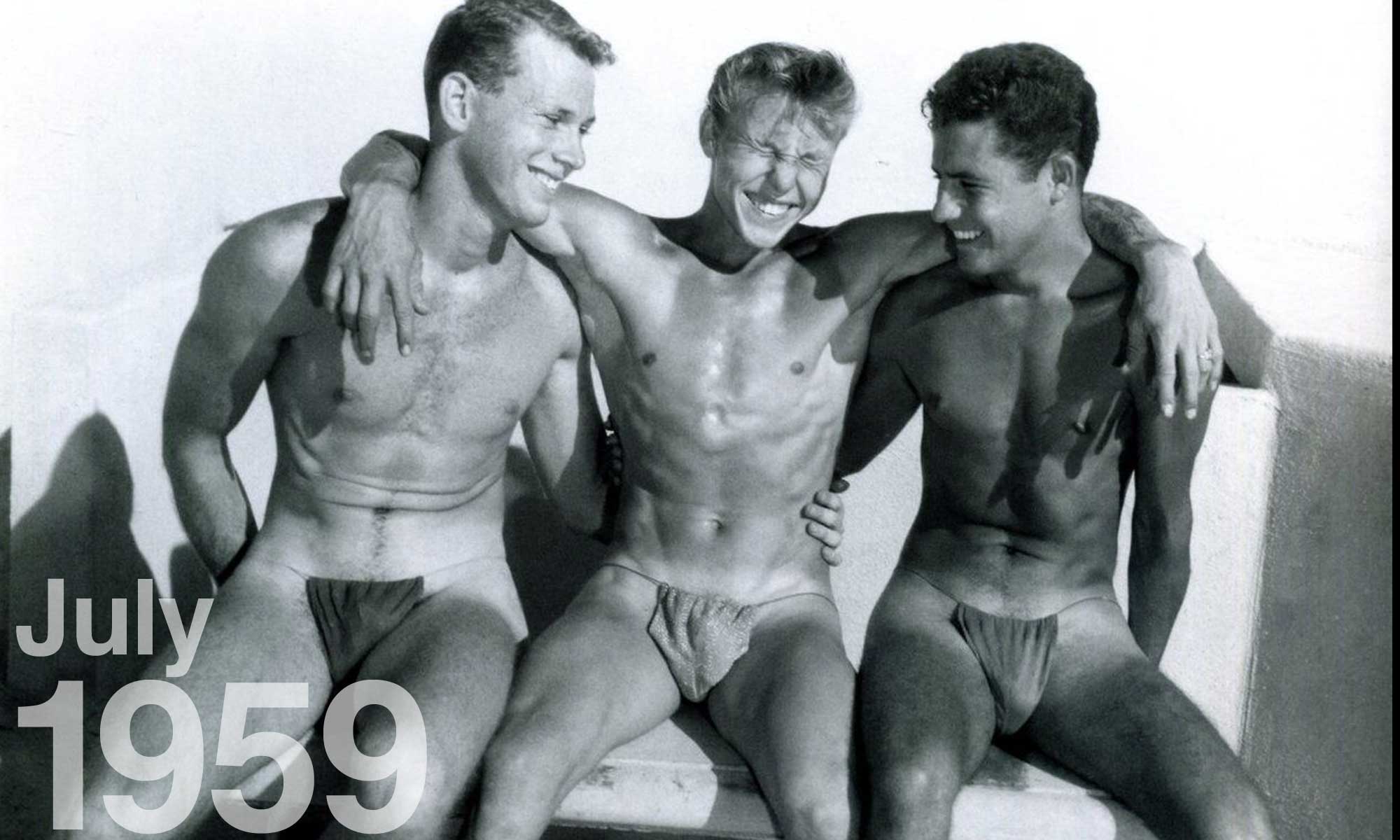 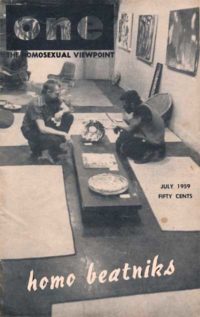 July: ONE magazine explores “The Homosexual and the Beat Generation.” The 1950s counter-cultural movement began in New York’s Greenwhich Village, before some of the leading lights moved to San Francisco’s North Beach neighborhood. They were dubbed “Beatniks” by conservative detractors who believed that they detected Anti-American Communist sympathies among the non-conforming and spontaneous hedonist. Other non-conformists — gay people — also find the movement attractive. Wallace de Ortega Maxey describes “beat-homos” this way: “The beat-homo has no inhibitions. Within his own consciousness he has accepted himself and is completely integrated. He is not fighting himself, much less the rest of the world. This applies to the male as well as the female of the species. He doesn’t give one god dam what the world thinks about him.” Maxey concludes, “With all their vices and virtues if they can teach the world by example the evils of social conformity, I feel they will go down in history as having made a worthwhile contribution.”

Jul 4: Following the admission of Alaska as a state earlier in the year, the 49-star flag is officially flown for the first time at Philadelphia’s Independence Hall and over Fort McHenry in Baltimore. 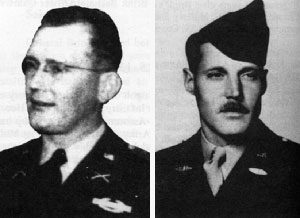 Jul 8: U.S. Army Maj. Dale R. Buis and Master Sgt. Chester M. Ovnand are killed during a Viet Cong attack at Biên Hòa. They are the first two to be formerly listed as among the 57,939 Americans to die during the Vietnam War. 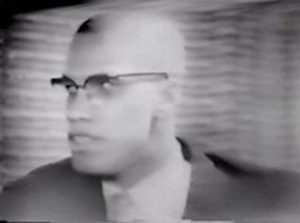 Jul 13-17: The television documentary, The Hate That Hate Produced, airs in five half-hour segments over independent station WNTA-TV in New York City. Produced by Mike Wallace and African-American journalist Louis Lomax, the alarmist documentary introduces Americans to the Black Nationalist Movement. The program includes interviews with Nation of Islam leader Elijah Muhammad and charismatic spokesman Malcolm X. The interviews shock many of the millions who watch it. Most whites are stunned to learn that some African-Americans hold such strong and angry opinions about white people. Many African-Americans, including those who agree with what they hear, are shocked to hear fellow blacks uttering such opinions out loud. The Hate That Hate Produced catapults Malcolm X to national fame, and the Nation of Islam sees its membership double to 60,000 within weeks of the broadcast. 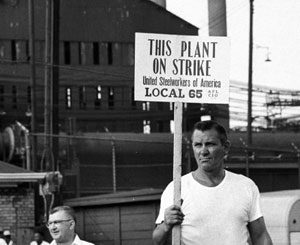 Jul 15: More than half a million steelworkers walk of the job as the United Steelworkers of America call the largest strike in U.S. history. The strike will last for 116 days require the intervention of President Eisenhower and the U.S. Supreme Court to bring it to an end on November 6. 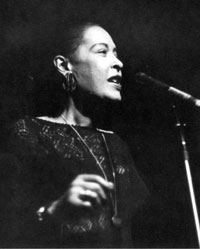 Jul 17: Jazz singer Billie Holiday dies at the age of 44. She had been admitted on May 31 for heart failure and liver disease. While she was hospitalized, Federal agents placed her under arrest for drug possession and handcuffed her to her hospital bed as she lay dying. She died with only 70¢ in the bank and $700 in her hospital room, which had been paid to her by a tabloid for an interview. 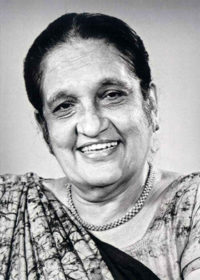 Jul 21: Sirimavo Bandaranaike becomes the modern world’s first woman to become a head of government when she takes over as Prime Minister of Ceylon (later renamed to Sri Lanka). 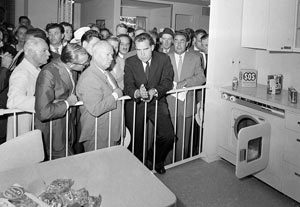 Jul 24: At the opening of the American National Exhibition in Moscow, Vice President Richard Nixon and Soviet Premier Nikita Khrushchev engage in the “Kitchen Debate.” While standing at a display of a model American kitchen, Khrushchev and Nixon argue about the merits of communism and capitalism.