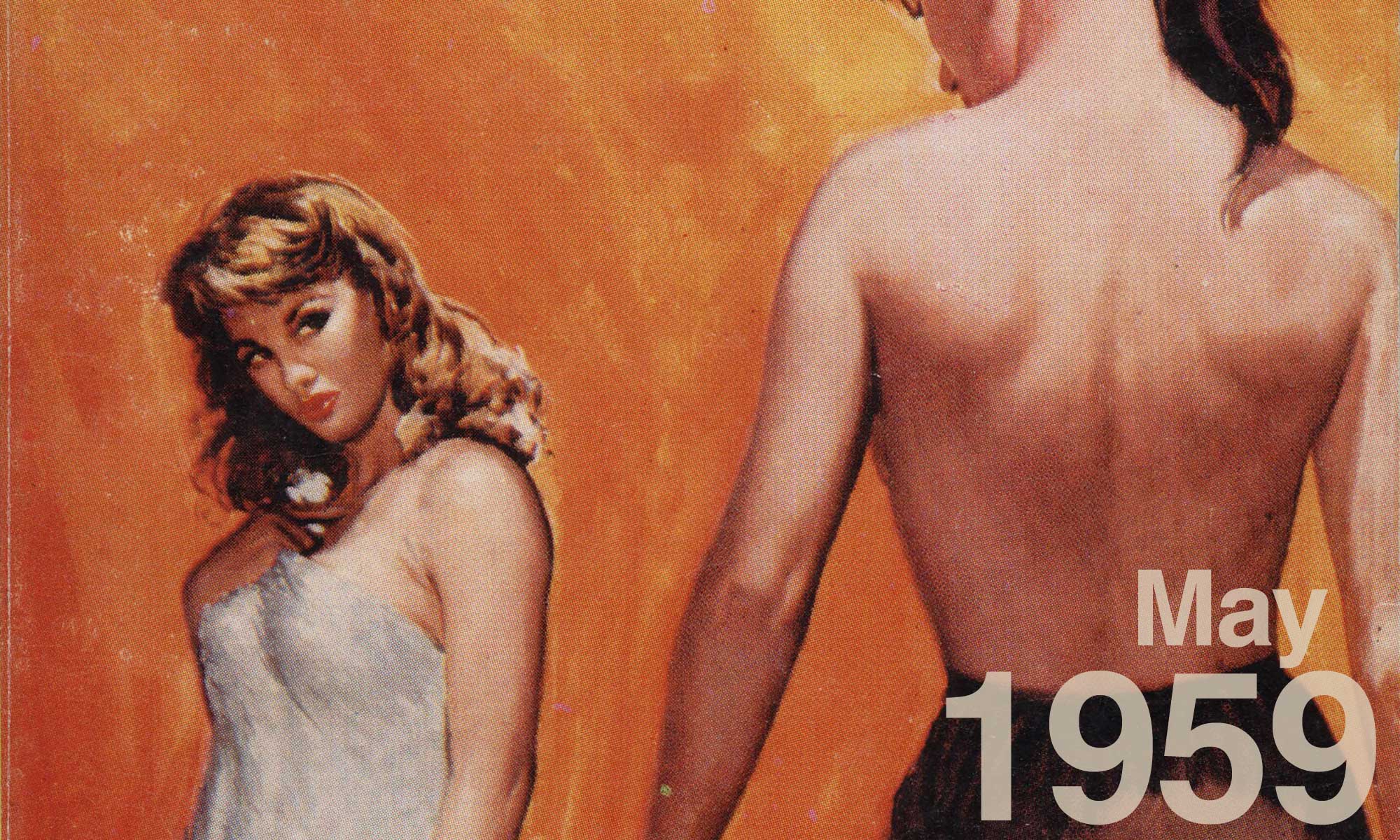 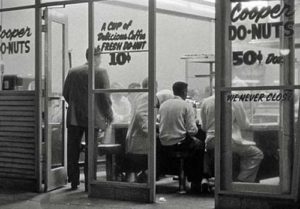 May: LGBT people riot at Cooper Do-Nuts in Los Angeles. The exact date is lost to history, but on one evening in May, two Los Angeles police officers entered the Cooper Do-Nuts shop on Main Street, in downtown’s Skid Row. The doughnut shop, located near a couple of gay bars, was popular with transwomen, lesbians, drag queens and other gay men. The two police officers entered the cafe and asked patrons for their IDs. It was common practice: if an individual’s gender presentation didn’t match the ID, that person was taken to jail. Officers try to arrest two drag queens, two male sex workers and a gay man. After the detainees protest, onlookers throw coffee, cups and trash at police, forcing the police to flee in their car. People then begin rioting in the streets. Police backup arrive, block the street for the rest of the night and make several arrests. Novelist John Rechy, one of those initially arrested, will write about it in his 1963 novel City of Night. This riot, which predated Stonewall by a decade, is believed to be one of the first LGBT uprisings in the U.S.

May 5: After three members of the Little Rock school board walk out, the remaining three members, all segregationists, vote to fire 44 teachers who had supported integration.

May 12: Actress Debbie Reynolds divorces singer Eddie Fisher, who is having an affair with Elizabeth Taylor. Reynolds didn’t mention Taylor by name during the divorce proceedings. She simply told the judge, “My husband became interested in another woman.” Hours after the divorce is final, Fisher and Taylor wed.

May 14: Dr. Gilbert R. Mason, St., a black Biloxi, Mississippi, physician, goes swimming at a local beach with friends and their children. A city policeman orders them to leave, saying, “Negroes don’t come to the sand beach.” When Mason tries to discover what law he had broken, Biloxi mayor Laz Quave simply says. “If you go back down there we’re going to arrest you. That’s all there is to it.” Mason will continue to petition the county board of supervisors demanding access to the beach. This is the first of three Biloxi “Wade-ins.”

May 22: British singer, songwriter Steven Patrick Morrissey is born. As simply “Morrisey,” he will become the frontman for the Smiths before embarking on a solo career.

May 25: Little Rock voters go to the polls and recall three segregationist members of the school board.

May 28: The Federal Reserve raise the discount rate from 3% to 3½%, matching the post-war high set in 1957 just before the recession hit. The move has been expected for the past few weeks as banks raised the rates they charge to their best customers.