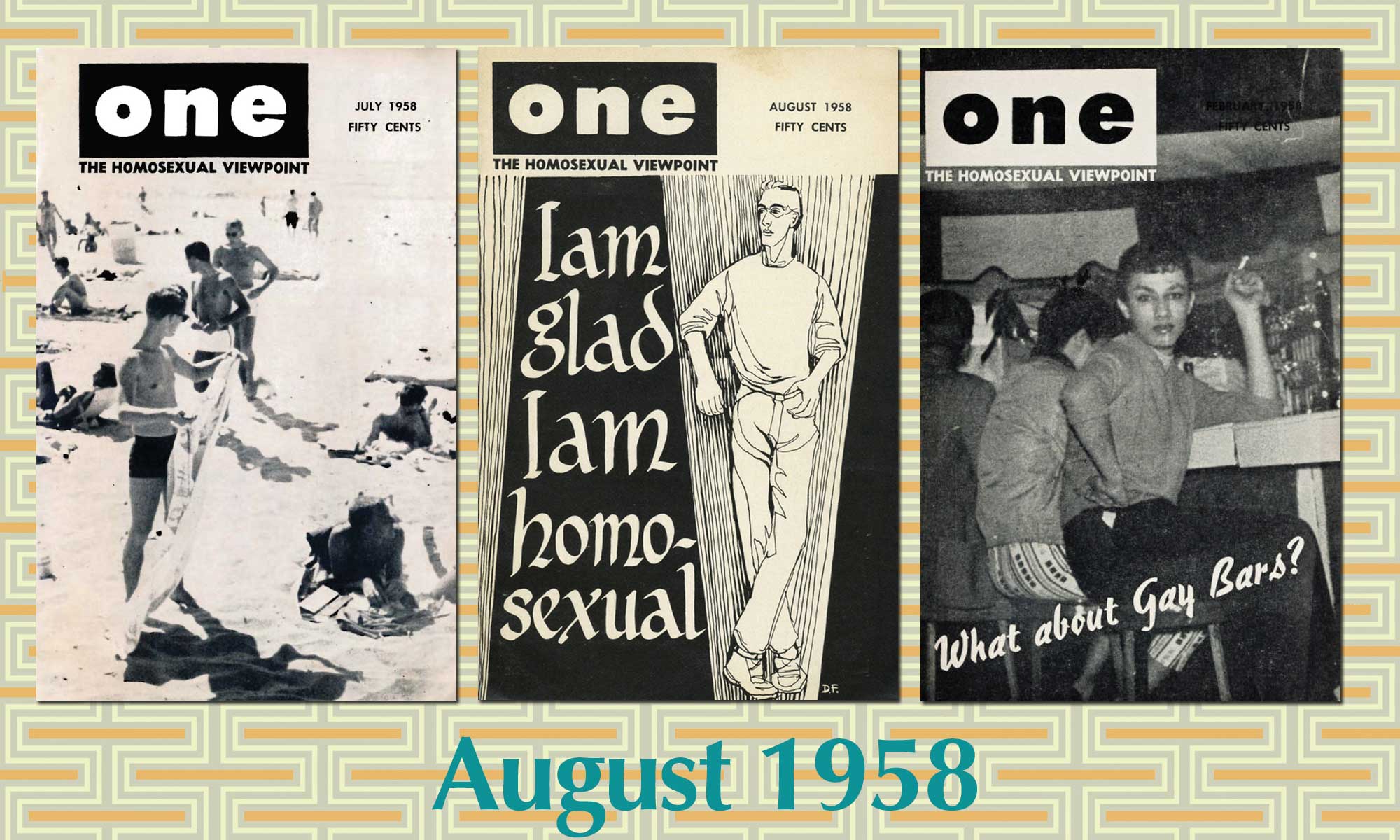 Aug 3: The nuclear-powered USS Nautilus becomes the first submarine to cross the North Pole under water. The achievement will be disclosed on August 8.

Aug 9: American actress Amanda Bearse is born in Winter Park, FL. She will be best known for the horror flick Fright Night and as Marcy Rhodes/D’Arcy in the Fox sitcom Married… With Children.

Aug 13: With a tentative peace restored in Lebanon, the U.S. begins withdrawing 1,700 Marines. 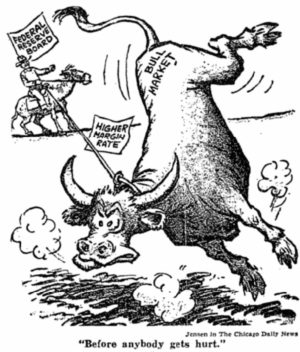 Aug 14: The Federal Reserve makes a major switch in monetary policy by raising the discount rate from 1¾% to 2%. The Fed had been steadily lowering the discount rate, the interest rate the Fed charges banks for short term loans, since last November in an effort to pull the economy out of recession. The Fed raises rates because, it says, its data shows that the recession ended in April and the economy is now recovering. Many economists and general public are unconvinced: more than 5 million workers are idle, steel mills are operating at only 60% capacity, and Detroit’s car industry is flat on its back. The Fed acknowledges that this recession as been the most severe since World War II, but argues that it has also been the shortest. And while raising the interest rate all but guarantees that unemployment will remain high during the November mid-term elections, the Fed’s chief worry now is the possibility of post-recession inflation — even though the current inflation rate is still a low 2.5%

Aug 15: A New York-bound KLM-Royal Dutch airliner falls into the Atlantic about 130 miles west of Ireland. All 99 passengers and crew on board the Lockheed L-1049 Super Constellation are killed shortly after taking off from Shannon airport. It is the worst aviation disaster so far involving a single commercial plane. 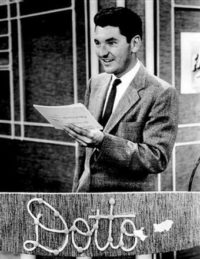 Aug 16: The quiz show Dotto is abruptly canceled by CBS and NBC. Neither network explains why they cancelled the Colgate-Palmolive-sponsored program. Rumors in trade publications suggest that the cancellations may be related to a disgruntled losing contestant who appeared on the program on CBS three months ago. CBS aired a morning version and NBC aired the evening version.

Aug 17: The first American attempt to send a Pioneer orbiter around the moon fails when the Thor rocket breaks apart 77 seconds after launch.

Aug 18: The Eight Circuit Court of Appeals overturns a lower court ruling that would have suspended further integration at Little Rock Central High School until 1961. Arkansas Gov. Orval Faubus says he will call the legislature into special session to consider legislation to block integration. He also calls on the Little Rock School Board to find a way to suspend integration or resign.

Aug 18: Domenico Modungo’s single “Nel Blu Dipinto Di Blu (Volare)” reaches the top of the charts for the first time. It will be the top single for five of the next six weeks.

Aug 20: President Eisenhower hints that he will order federal troops back to Little Rock if the state tries again to defy the 1954 Supreme Court decision to integrate Little Rock Central High School. 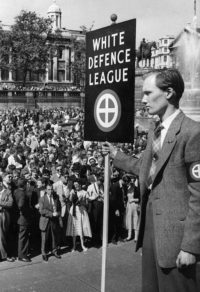 Aug 24: Nine Teddy Boys attack Caribbean immigrants in Shepherd’s Bush and Notting Hill, London, leaving three immigrants seriously hurt. Racial tensions have been increasing as black immigrants have been moving into working-class neighborhoods. The Union for British Freedom and and the White Defence League both have a presence in Notting Hill, and Sir Owswald Mosely, founder of the British Union of Fascists, has been stoking racial discord with cries of “Keep Britain White.”

Aug 25: The office of the New York District Attorney confirms that it is investigating the sudden and unexplained termination of the television quiz program Dotto. The office conforms that there has been a complaint of alleged irregularities from a stand-by contestant.

Aug 27: The Arkansas state legislature approves a bill allowing Gov. Orbval E. Faubus to close any school that is ordered to be integrated by the Federal Court. The legislation also gives the Governor the power to replace school board members. Another bill will allow the state to divert public funds to private schools.  One lone legislator votes against the bills. “It makes me sick,” says Rep Ray S. Smith of Hot Springs. His beef isn’t with segregation. It’s that he thinks the legislature is giving the governor too much power. “If I didn’t believe in representative government, I might have done differently.” 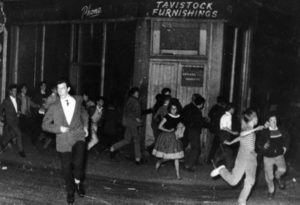 Aug 30-Sep 5: The Notting Hill race riots take place as white London youths stream into Notting Hill, attacking the homes of Caribbean immigrants. As many as 400 white people, many of them Teddy Boys, roam Bramley Road armed with iron bars, butcher knives and weighted leather belts. The riot is believed to have started when white youths see a white Swedish woman arguing with her black Jamaican husband at the Latimer Road Underground station. She is attacked the next day, pelted with stones and glass, and struck in the back with an iron bar as she tries to get home. By the time the riots end, more than 140 people are arrested.