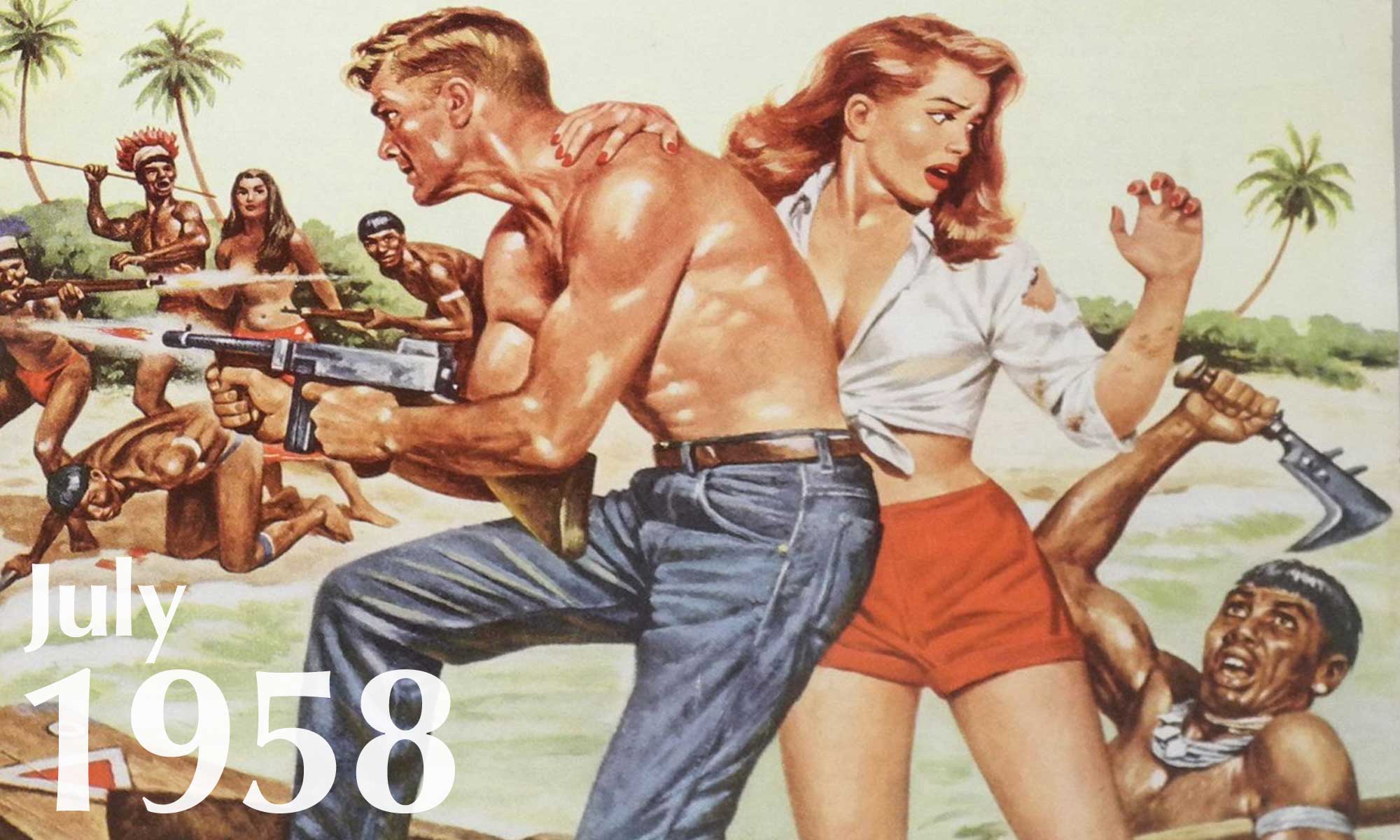 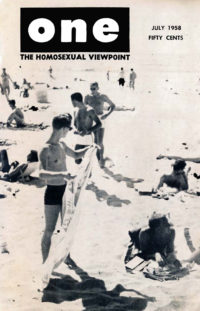 July: ONE magazine spends a day at the beach. ONE magazine’s Jim Kepner takes his readers to a Southern California beach, to one of the few public spaces where gay people feel safe enough to let their guard down. Joe and Jim are there, “a look-alike, dress-alike couple… Happily married (seven years)” and “devout Mormons.” They never go to gay bars, and see the beach as the one of the few “respectable places to meet other nice homosexuals.” Paul and Terry, two young engineers, are “busily directing the construction of the most elaborate sand castle I’d ever seen.” Jo Anne and Virginia are there with Jo Anne’s two kids they’re raising together. Kepner later runs into Barry, Jo Ann’s ex-husband “of convenience,” who is “a mine of assorted gossip.” He also meets Ronnie Chase, “an angel-faced willowy young bank clerk” who defends their place in the sun when a straight couple shows up complaining about “damned queers taking over the place.”

Jul 7: President Dwight D. Eisenhower signs the Alaska Statehood Act into law, allowing Alaska to become the 49th state on January 3, 1959. Eisenhower also urges Congress to act on Hawaiian statehood before the end of the year. 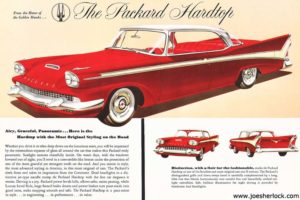 Jul 12: The Studebaker-Packard Corporation announces that it will drop the Packard line in 1959. At its peak before the war, Packard was the most prestigious luxury car in America. But it struggled to make a profit on low volume sales in the post-war era, and the 1957-58 recession now forces the company to devote all of its resources to modernizing the more compact Studebaker line.

Jul 14: The pro-Western King Faisal II of Iraq is killed in a military coup engineered by rebels allied with United Arab Republic of Egypt and Syria president Gamal Nasser. 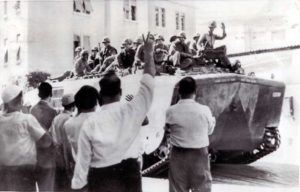 Jul 15: President Eisenhower sends 5,000 U.S. Marines to Lebanon with the professed goal of protecting Americans living there and to help end Lebanon’s civil war. The move is also a counter to Gamal Nasser’s move to incorporate Lebanon and Iraq into his United Arab Republic of Egypt and Syria.

Jul 17: Britain sends troops to Amman, Jordan, at the request of King Hussein. The troop deployment is intended to forestall a possible revolt by pan-Arab nationalists loyal to Nasser.

Jul 26: The Army launches its fourth and heaviest satellite to date into orbit. The 52-pound Explorer IV will explore the Van Allen radiation belts and study the effects of nuclear explosions in the Earth’s magnetosphere.

Jul 29: The National Aeronautics and Space Administration (NASA) is formally established. For the next several months, NASA will battle with the Army, Navy and Air Force over scientists, rockets, satellite programs and other resources in an attempt to bring coherence into the nation’s space efforts.