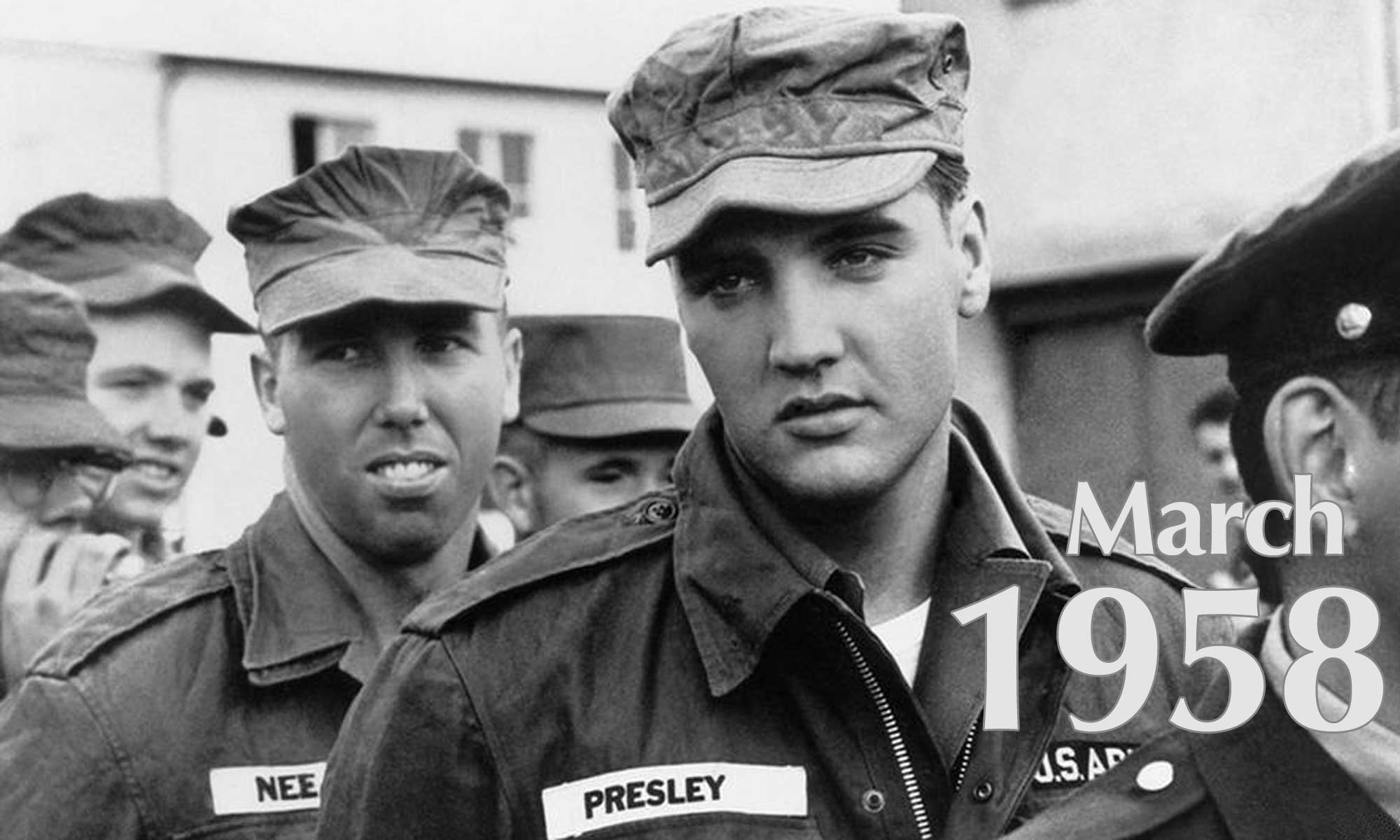 March: A lesbian describes her pride in being invisible. Sandra Price (almost certainly a pen name) writes an essay for The Ladder, the official magazine for the Daughters of Bilitis. Price’s essay expresses a common theme among many gay men and lesbians. That theme is one of invisibility and its prized companion, respectability, and the kind of cheerless pride that comes from achieving both by not being “obvious.”

Mar 6: The Army launches a second Explorer satellite, but it goes missing after an apparently successful launch. The Army will learn that the final stage fails to ignite, and the satellite plunges back to earth. 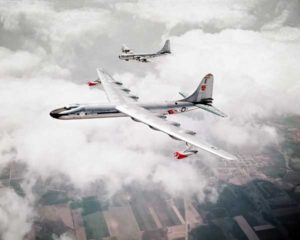 Mar 6: President Eisenhower opts against accelerating development of nuclear-powered aircraft. Rep. Melvin Price (D-IL) denounces the decision, saying it “opens the door wide to the prospect that the Russians will once again administer a humiliating defeat to the United States by placing the first nuclear-powered aircraft in the skies.” He predicts the Soviets will launch an atomic plane in eighteen months. 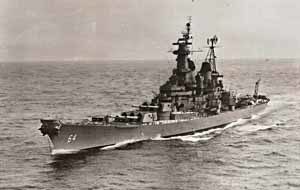 Mar 8: The U.S. Navy mothballs the U.S.S. Wisconsin, leaving the U.S. without a battleship on the seas for the first time since 1895. Battleships are seen as obsolete as aircraft carriers become the backbone of the Navy, but Congress will keep the Wisconsin and three others ready for reactivation. The Wisconsin, which was launched in 1943, will be reactivated in 1986 on orders from President Ronald Reagan. It won’t be fully retired until 2009. 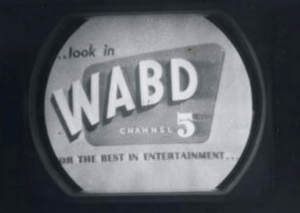 Mar 10: New York’s WABD-TV airs a discussion of male homosexuality.  The discussion takes place on Channel 5’s public affairs program Showcase at 1:00 p.m. The producer had contacted Tony Segura, the New York chapter president of the Mattachine Society, about coming onto the program. Segura agreed, on the condition that his name isn’t mentioned and he can wear motorcycles goggles while on the air. Those precautions are important: homosexuality is a felony in New York, punishable with of up to twenty years in prison. The program dealt mainly with dispelling some of the stereotypes about gay people, a task that  is made difficult by Segura’s invisibility.

Mar 11: New York’s WABD-TV cancels a follow-up program on lesbians.  Like the previous day’s program on male homosexuality, this one was scheduled for the Showcase public affairs program at 1:00 p.m.  The previous day’s program however was controversial among Channel 5’s higher-ups. Fifteen minutes before the Tuesday Showcase was set to go on the air, word came down that the topic is cancelled and the guests are to talk about something else — anything else. Because one of the guests, Helen King, had written a book about handwriting analysis, that becomes the safe topic of the day. 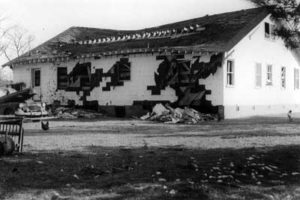 Mar 11: A B-47 bomber accidentally drops an atom bomb on Mars Bluff, South Carolina. Without a fissile warhead, its conventional explosives destroy a house and injure several people.

Mar 12: Cuban President Fulgencio Batista suspends Constitutional freedoms and imposes censorship on domestic and foreign media. Batista acts in the face of increasing rebel activities in the provinces and the threat of a general strike.

Mar 15: The recession is being felt the hardest in Michigan, where the state’s unemployment rate stands at 14.3%. In metropolitan Detroit, 15.1% are out of work. Gov. G. Mennen Williams (D) calls the situation “a major economic disaster.” 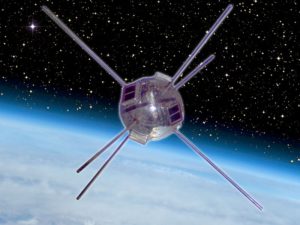 Mar 17: The U.S. Navy successfully launches its second satellite, Vanguard 1. The spherical satellite, only 6.4 inches in diameter and weighing just 3¼ pounds, is derided by Soviet leader Nikita Khrushchev as a “grapefruit satellite.” Vanguard 1 is the first satellite to be solar-powered. It’s also the first satellite to contain an on-board memory device: a tape recorder that records radiation measurements that is later transmitted back to earth. The satellite will continue to perform until 1964. Sixty years later, Vanguard 1 and its upper launch stage will be the oldest man-made objects still orbiting the earth. By continually measuring deviations in its orbit, scientists will be able to compile sixty years worth of baseline data on the Earth’s outer atmosphere.

Mar 17: The Champs’ single “Tequila” begins its five week run at the top of the charts.

Mar 19: The film South Pacific is released. It will go on to become the top-grossing film of the year.

Mar 24: Elvis Presley is inducted into the U.S. Army. 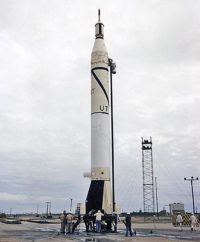 Mar 26: The U.S. Army launches the Explorer III satellite, but because the last three stages don’t fire correctly, the satellite winds up in the wrong orbit and will burn up on re-entry in June. Its abbreviated mission will confirm the presence of the Van Allen radiation belt. 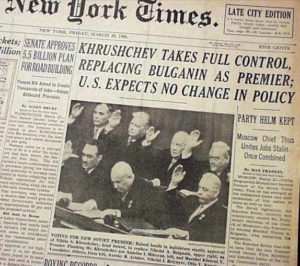 Mar 27: Nikita Khrushchev officially becomes Premier of the Soviet Union following Marshal Nikolai Bulganin’s resignation. Khrushchev already held the title of General Secretary of the Communist Party, which effectively made him the leader of the Soviet Union. This latest appointment marks a further consolidation of power after Stalinists tried and failed to oust him the previous summer.